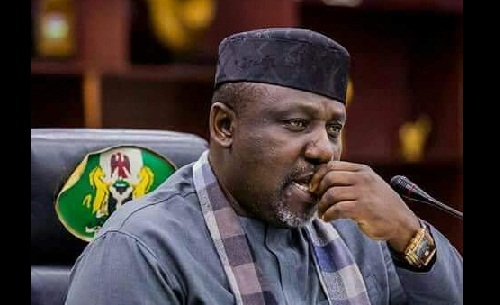 Unknown gunmen clad in all black went on shooting spree in front Senator Rochas Okorocha’s Spibath House in Owerri, Imo State, leading to the suspected death of a young man.

The gunmen attacked the area around 5pm and started shooting around the neighborhood which involves Amakohia, Umuodu Mbieri and Orji flyover axis.

Their gunshots throw residents of area into panic. The vehicles driving into and out of the area were seen making frantic U-turn to avoid being shot at.

As the time of filing this report, the gunmen did not gain access into Okorocha’s house but they circled the roundabout in front of the house, before moving on to other areas.