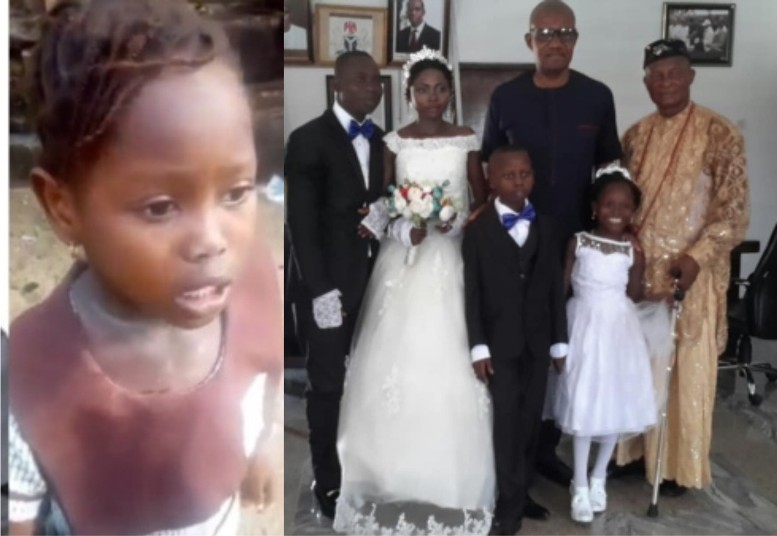 It is really good for good things to happen. Only months after Success Adegor’s video went viral and attracted a lot of financial contributions, endorsements, and fame to the little girl, her parents who have now become rich have finally got wedded.

Mr and Mrs Adegor the newly wedded couple are the parents of little SUCCESS ADEGOR of the “No be say I no go pay, dem go flog, flog, flog, dem go tire fame”

This is coming on the heels of the invitation by the Adegors, when they visited the residence of Hon.(Chief) Eugene Inoaghan, Executive Chairman of Sapele Local Government Area, some weeks ago. A visit that was misrepresented by a faceless journalist to smear the growing reputation of the workaholic Chairman.

After congratulating the Adegors, the Executive Chairman, used the opportunity to advice the good people of Sapele Local Government Area to continue to support his administration’s drive towards making Sapele a model city in Nigeria. He further stated that he cannot be distracted, since his commitment towards providing residents of Sapele Local Government Area, with the dividends of democracy, remains his utmost priority.

SUCCESS TO THE ADEGORS!
CONGRATULATIONS!