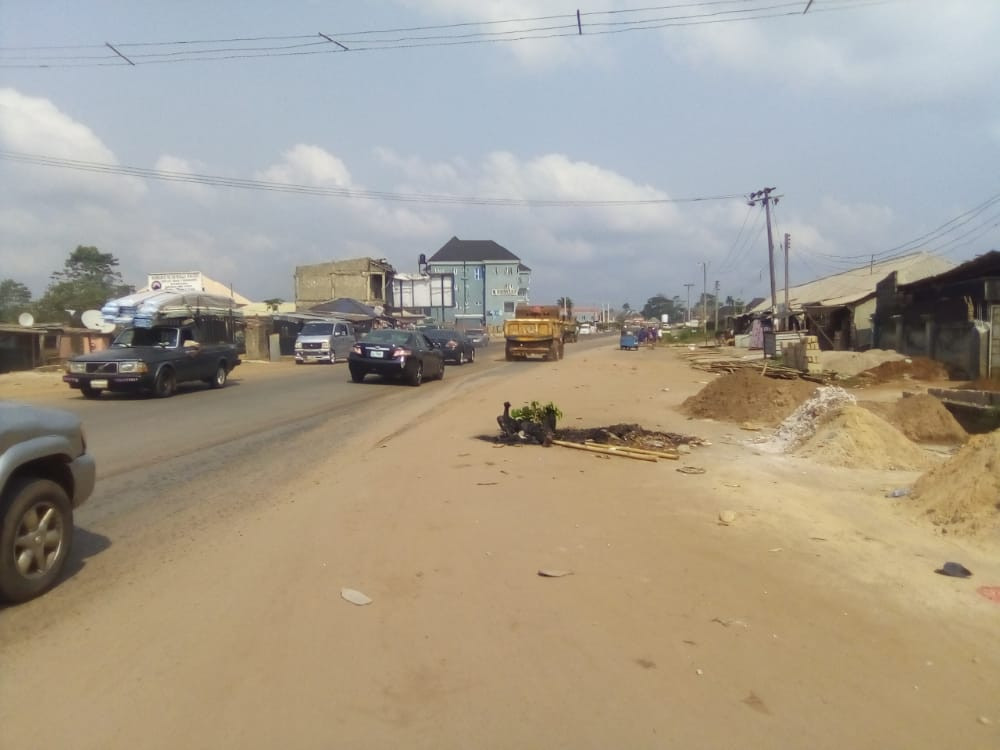 Jungle justice was melted on a suspected phone thief at the Egbeada International Market, very close to Owerri, in Imo state, over the weekend.

The suspected thief reportedly attempted to snatch the phone of a female passerby. When she refused, he stabbed her in the process.

Some persons who were at the scene quickly caught up with him.

The incident attracted a large crowd who beat him up, and then set him on fire. The burned body was left lying on the road.