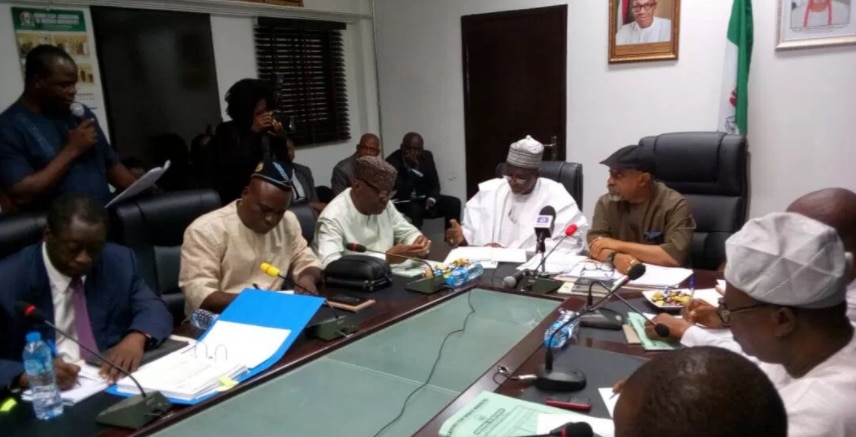 National President of ASUU, Prof. Biodun Ogunyemi has confirmed that the talks between the Federal Government and the striking Lecturers on how to end the ongoing strike will continue on Monday.

He, however, said the union was not optimistic about the prospects of an early resolution of the industrial dispute.

In response to a question from PUNCH on whether there had been any fresh development with regard to the resolution of the dispute, Ogunyemi said, “I’ am afraid nothing new. I understand they will be meeting us on Monday. Let’s wait and see if they take a reasonable step; it will determine our next line of action. Until then, let’s wait and see.”

The ASUU president had in an exclusive interview with The PUNCH last week said members of the union were tired of government’s failed promises.

He said, “Last year, they promised to release the funds but they did not until November when the strike began. Our members are saying they do not want promises again; what they want is action, implementation or disbursement of funds.

He explained that in order to forestall a situation where ASUU and the government would restart negotiations on arrears of earned academic allowances, both sides had agreed that “it would be mainstreamed into the 2019 budget.”

Ogunyemi also said, “We are going to have a discussion on when to commence renegotiation because there are still grey areas. If the government can substantially address these issues, we will be more confident to face our members on the way forward. For now, the signals we are getting is that our members do not actually want to accept this government proposal from us.”

Members of ASUU went on strike on November 4, 2018 to demand for improved funding of universities and implementation of previous agreements with the government.

The union is also seeking the implementation of the 2009 FGN/ASUU agreements, Memorandum of Understanding (MoU; 2012 and 2013) and Memorandum of Action (MoA, 2017), among others.

The union is also asking the Federal Government to expedite action on the release of funds to revitalise public universities in accordance with the FGN-ASUU MoU of 2012, 2013 and the MoA of 2017.

The university teachers are also demanding the release of the operational licence of the Nigerian University Employees Pension Company.

The Director of Press at the Ministry of Labour and Employment, Samuel Olowookere, could not be reached when one of our correspondents tried to get the reaction of the Federal Government on the issue

But a source in the ministry, who spoke on condition of anonymity, told SUNDAY PUNCH that ASUU should be blamed for the delay in reopening the universities.

The source added that the FG had showed commitment to the ASUU’s demands and that it was better to start from what the FG had offered than to halt negotiation.

“The Minister of Labour and Employment, Dr Chris Ngige, had told the leadership of ASUU that the FG would accept many of their demands but flexibility is needed to implement the rest. They left the meeting happy and said they would discuss the progress with their other organs. But they had delayed in moving forward. The blame is no longer in on the FG. ASUU should come forward with what they think of the FG’s commitment so far.”