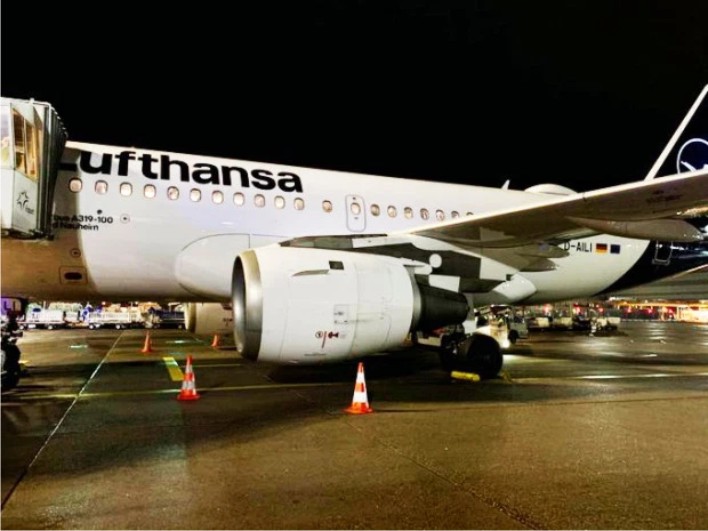 Fans of Manchester United who were going for the Europa league clash against LASK in Austria experienced a panic moment as the airplane carrying them was forced to make an emergency landing in Frankfurt after developing an issue with the engine.

Despite the Thursday game scheduled to be played behind closed doors, supporters who have bought tickets still traveled to Austria and after the emergency landing, they had to spend Tuesday night in Germany.

The Europa League last-16 tie is ongoing at the 21,000-capacity Linzer Stadium – but fans are not allowed in.

According to reports in Austria, no one was injured and no casualty was recorded and a journalist Simon Peach on board, described how passengers could see a lighting coloration after the engine lit up mid-flight.

Alongside an image of the plane, he wrote: “From Frankfurt… back to Frankfurt via an emergency landing.

“Not great to see an engine light up mid-air. An unplanned night in Germany awaits.”

“Something about air flow and a stall, but the orange glow out the window was alarming.”

Peach then shared a picture of two cups of beer, with the caption: “Hats off to the pilot for dealing with whatever that was so smoothly. Everyone OK… just thirsty.”