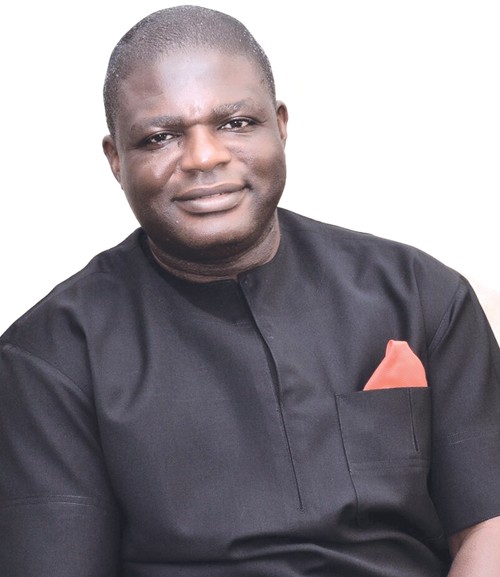 Many of us can tell how much we enjoy our delicious Tummy Tummy Noodles. However, only few really know the story or the man behind the emergence and rise of the food product.

Chief Chika Emenike, the CEO of KOTEC Group of Companies is the illustrious businessman, who started noodle company, Tummy Tummy Food Industry LTD in 2009, in a bid to diversify his resources and contribute to the economic growth in Nnewi, Anambra, and Nigeria at large.

In an exclusive Interview with Anaedoonline, Emenike spoke about his humble beginnings from the streets of Nkwo Nnewi, in Anambra State. The Business mogul said he started his business with selling motorcycle spare parts, with the sum of Three Thousand Naira (N3000) which was what his uncle settled him with after he served him in Nnewi.

He narrated his struggles, starting with no shop of his own in the busy market of Nkwo Nnewi, to owning a half shop and later a full shop in the market.

According to Chief Emenike, the key to every successful business is consistency and commitment. He said he spent most of his early days at the shop during the day, even when there were public holidays, he was always at his business place then trying to grow the KOTEC brand. He explained that the name KOTEC was borne out of the need to separate his own business brand from the numerous-relative products in the market.

KOTEC is known for selling high-premium motorcycle spare parts of different brands and their products are ranked among the top five brands to beat in Nnewi. The KOTEC brand also deals in bricks which are called KOTEC Bricks. The bricks popularly called “brick tiles”, are used to improve the aesthetics as an alternative to painting.

Talking about his switch to the Food and Beverage Industry, the industrialist said he was inspired to start noodle production when someone sold the idea to him. Tummy Tummy is one of the highest grossing noodle in the South-East region and has spread its tentacles to others States in Nigeria like Lagos, Abuja, Rivers, Edo, Ondo etc. He said the Tummy Tummy brand has about Two variants; the Chicken and Sea-food variant and revealed that they will be introducing a new variant in 2019 when they mark their 10-year anniversary.

When he was asked why he pitched his tent in Nnewi instead of in Imo his native place, Emenike said, “I am from Nnewi. I have spent a good part of my life and childhood in Nnewi. I have lived here since I was 10 years old. Even when Ndi-Nnewi heard about my plans to start the Noodle industry in 2009, everyone supported me including Igwe Nnewi, Igwe KON Orizu III, Chicason, Innoson and every one of them.”

He said the support of Ndi-Nnewi is what really help make the factory a reality. He, however, lamented the electricity challenges they have had to face due to the epileptic power supply in Nigeria.

Speaking on Government support towards the Tummy Tummy brand, Chief Emenike said they have received little or no support from the State or Federal Government.

He says their lack of support will not deter him because his company employs at least a thousand(1000) people in Nnewi alone and hundreds across the country.

However, the industrialist maintained that a stable economy and favorable government policy will aid indigenous companies like Tummy Tummy to do more than what they are doing.