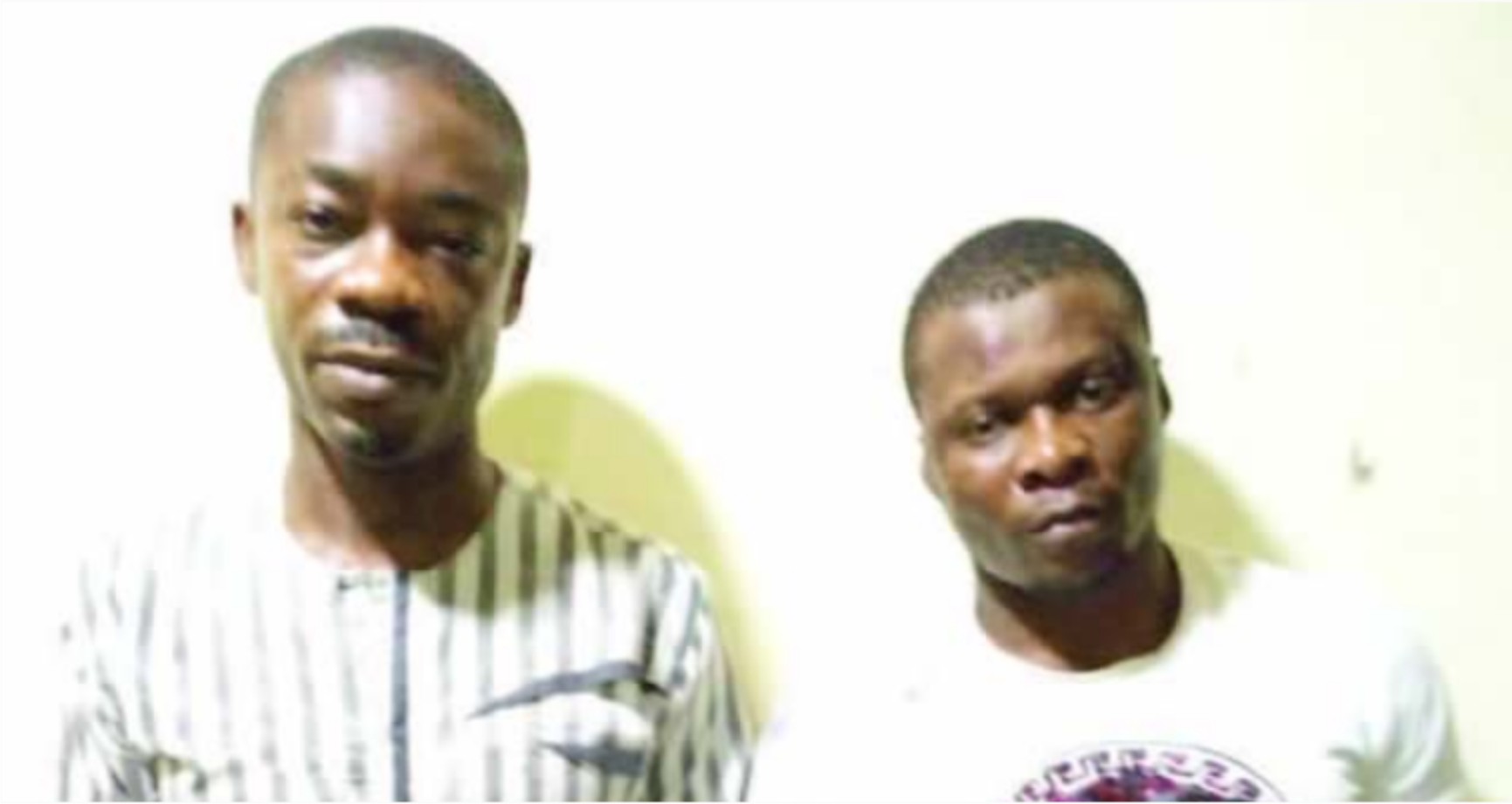 Talk about a category of people who have a lot of nerves, then you will agree that thare Facebook fraudsters fall into such category. A Facebook user, identified as Loveday Ugochukwu, allegedly specialises in defrauding policemen and members of the public by parading himself as a senior police officer.

His victims included policemen seeking promotion and officers, who wanted to participate in peacekeeping missions outside Nigeria.

It was learnt that Ugochukwu met his match recently after he impersonated the Acting Inspector-General of Police, Mohammed Adamu, to defraud a contractor, Shuaibu Semion, of N800,000.

The 31-year-old man had reportedly collected the money from Semion on the pretext of helping him to renew a contract involving supply of gas to the Nigeria Police Force.

City Round gathered that Ugochukwu also acted as the protocol officer to the fake IGP, to perpetrate the fraud.

Our correspondent learnt that Semion got trapped in the fraudulent act in January 2019 when he hooked up with Ugochukwu, who presented himself as the IG on Facebook.

Ugochukwu reportedly asked him to pay a sum of N800,000 into the protocol officer’s account to prepare the “documents” for the renewal of the contract.

It later dawned on Semion that he had been defrauded when the protocol officer started acting strangely on the phone after receiving the payment.

City Round learnt that Semion reported the fraud at the office of IGP Intelligence Response Team in Abuja and a team of detectives were mobilised to track down the suspect and his alleged accomplice, one Ugochukwu Ohia.

A police source told our correspondent that the complainant was asked to play along with Ugochukwu, who demanded more money.

The source said, “The mastermind (Ugochukwu) impersonated the acting IGP. He ran into trouble after he defrauded a police contractor, Shuiabu Semion, of the sum of N800,000 under the guise of helping him to renew his contract of supplying gas to the Nigeria Police Force. The contract was terminated in 2002.

“Semion started communicating with Ugochukwu on Facebook on January 23, 2019, few days after the acting IGP was appointed. He pleaded for the renewal of the gas contract with the police.

“Ugochukwu quickly referred him to his protocol officer, who he identified as Luka Abraham, an Assistant Commissioner of Police, and he asked him to call the ACP.

“Ugochukwu, who was also acting as the protocol officer, then told Semion to pay the sum of N800,000 for paper work and documentation and he sent an account number to Semion, who quickly made the payment into the account.

“Trouble started after Semion made the payment and the protocol officer kept on asking for more money to perfect the paper work. When Semion informed the fake IGP about the development, the fake policeman insisted that he should relate with his protocol officer. At that point the man reported the case to the IRT.”

A few days after the case was reported to the police, Ugochukwu was said to have called the contractor again asking for additional money.

The contractor reportedly offered Ugochukwu N30,000, asking the suspect to meet him at the Abuja Central Business District to collect the money.

“Ugochukwu called his accomplice, Ohia, a cab driver, and they went to the agreed location.

“When they arrived at the location, Ohia called Semion informing him that he was the personal assistant to the IGP’s protocol officer.

“They later sensed danger and attempted to escape in their vehicle but IRT operatives, who had lain in ambush, gave them a chase and apprehended them,” the source added.

In an interview with City Round earlier in the week, Ugochukwu, stated that he was introduced to cybercrime by his wife’s friend, one Chima.

He explained that he started by parading himself as DIG Peace Igbokwe (who is now retired) to swindle money out of policemen, who wanted to participate in peacekeeping missions outside the country.

He said, “I am a gym instructor. I went into Internet fraud because my wife was delivered of our second baby through a caesarean section. We later lost the child. I paid N320,000 hospital bills which made me broke.

“One of my wife’s friends, Chima, who came to sympathise with us over the death of our child, lured me into Internet fraud. I started by using DIG Peace Igbkwe’s photographs on Facebook and people were coming to look for job through me.

“When they start chatting with me, I usually refer them to my protocol officer. I would give them the name of the officer as ACP Luka Abraham with 08098306171, which was my phone number.

“When the person called and we were done with the negotiation, I would send a bank account with the name Sunday Aduyikodu and account number 2083471724 for payment.”

The native of Imo State explained that when Igbokwe retired, he opened another Facebook account with the name and photographs of the acting IGP. He added that he had just defrauded Semion and a policeman with the new account when he was arrested.

He said, “A policeman who wanted to participate in a peacekeeping programme paid N15,000 into my account while Mr Semion, who wanted to renew his gas contract with the police, paid N20,000.

“I went further to demand additional N30,000 from the man for general processing and the man told me that he had no money but he has a brother who lives in Abuja who can get me the money in cash.

“Our vehicle had an accident at City Gate (Abuja) and we stopped to check it. Some mobile policemen at that place saw us and arrested us. They handed us over to the policemen chasing us.”

The cab driver, Ohia, who said he had been a friend of Ugochukwu since 2012, explained that he had given the prime suspect a ride to Abuja CBD where he (Ugochukwu) wanted to collect some money.

He recalled, “I reside in the Lugbe area of Abuja. Ugochukwu is my friend and we have known each other since 2012.

“Penultimate Tuesday, he told me that someone was owing him money at the CBD area and that the person wanted him to come to a filling station around the place.

“He said when we got there, I would call the person with my phone and that when the person showed up, he would receive the money.

“When we got there, I made the call and the person came out. When he sighted us, he shouted and some plain-cloth policemen tried to block my vehicle. I escaped from the scene but later had an accident and we were arrested.”