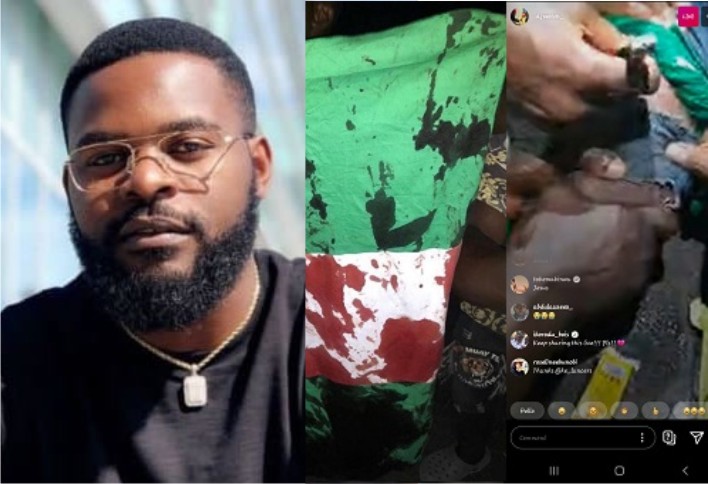 Folarin Falana, a Nigerian rapper and activist, better known by his stage name Falz, has cried out over horrific killing of #EndSARS protesters at Lekki Toll Gate in Lagos state.

The Nigerian Military men opened fire on peaceful protesters and it caused mayhem at what was previously a peaceful gathering.

Falz also went live and in the video, he cried;

“The military is shooting at its own people, this is a war and we are fighting against ourselves.

“This is the worst thing i’ve seen, I don’t really know how to explain it, in all my life

“This country has always been f**Cked up but this is the worst.“

As at the time of filling this report, not less than 10 persons have been reported dead while many others are battling gunshot injuries.