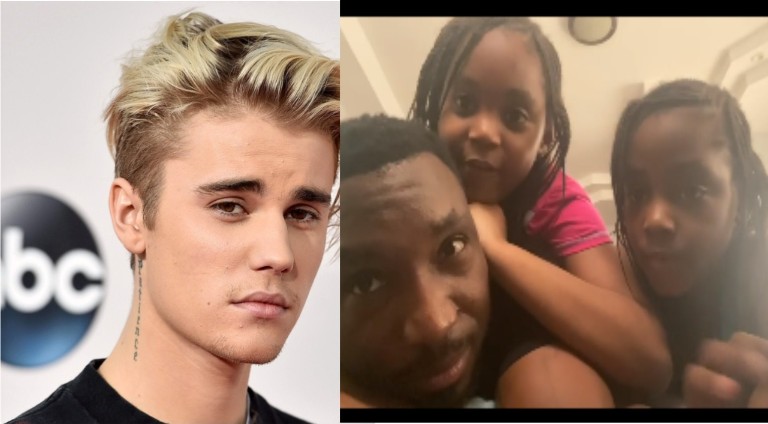 Nigerian soul singer, Timi Dakolo filmed his daughters as they sang Justin Bieber’s song to pay a heartwarming tribute to the Canadian singer.

Canadian pop superstar and songwriter revealed on Wednesday that he had been battling Lyme disease and a serious case of mononucleosis (also known as kissing disease) but said he was overcoming his health issues.

”While a lot of people kept saying Justin Bieber looks like shit, on meth, etc. they failed to realize I’ve been recently diagnosed with Lyme disease, not only that but had a serious case of chronic mono which affected my, skin, brain function, energy, and overall health.

“These things will be explained further in a docu-series I’m putting on YouTube shortly.. you can learn all that I’ve been battling and OVERCOMING!! It’s been a rough couple years but getting the right treatment that will help treat this so far incurable disease and I will be back and better than ever NO CAP”

Taking to Instagram, Timi Dakolo shared a video of his daughters, Zoe and Hallel whom he called ‘Justin Bieber’s fans’, singing the Canadian’s song entitle, ‘Love Yourself’.

Below is the official video of the song