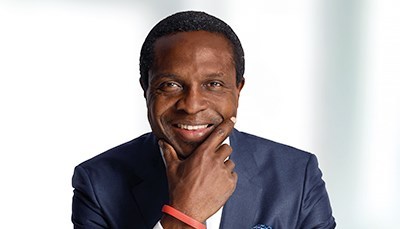 Mr Tonye Cole has urged Rivers State people to remain steadfast in their support for the All Progressives Congress, APC, and its Presidential candidate, Muhammadu Buhari, adding that the party in the state will continue to campaign for him,  until the court allows APC candidates in the state to campaign for themselves soon.

Cole,  in a statement by his Media Aide, Ogbonna Nwuke, maintained that the APC remained the only party Nigerians will vote for in the forthcoming election. He said that the APC in Rivers State has not been outlawed by the courts from campaigning for Buhari who has done well for the Nigerian people, saying: “What the courts have done is to place the aspirations of APC candidates in Rivers State on hold and we respect that.

“As loyal party members who are waiting for the decision of the courts, we shall campaign for President Buhari and the APC at this time. When we do, we shall not be campaigning for Rivers candidates. “Our candidates know their day will come. We shall await judicial pronouncements on the matters before them. By the grace of God, justice will prevail.” He further disclosed that the wife of the President, Mrs Aisha Buhari would arrive the state for a women and youths rally, urging Rivers people and teeming members of the APC to turn out en masse to receive the wife of the President and wife of the Minister of Transportation, Dame Judith Amaechi.