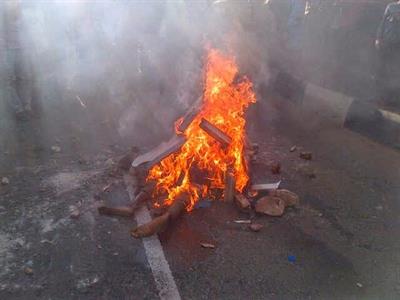 The unhealthy, yet frequent confrontation between passengers and bus conductors have led to the untimely death of two people this morning.

The incident happened around the Five Star Bus Stop near Aswani Market in Lagos.

Eye-witnesses at the scene of the incident said that conductor had stabbed the passenger over a disagreement on change. When the bystanders saw that the passenger had died, they immediately grabbed the conductor and set him on fire.