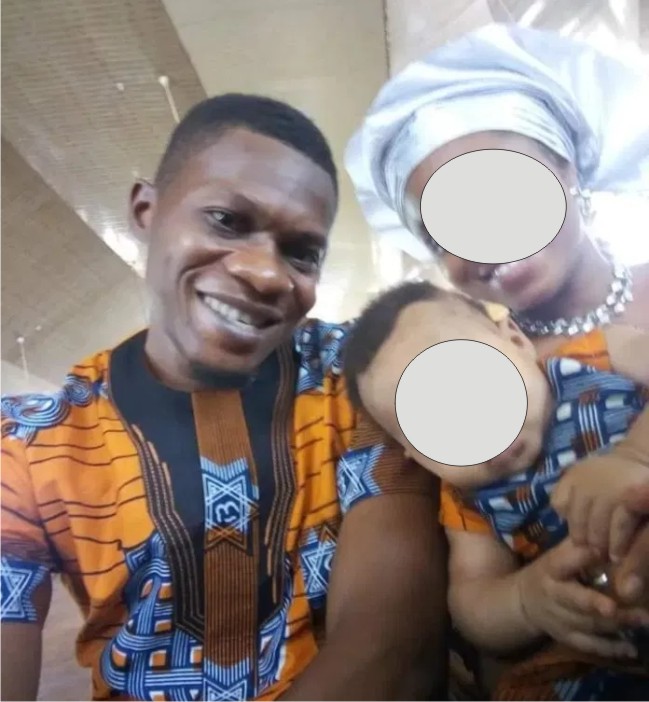 It was gathered that Nwoke who turned his car into a taxi was called on Sunday by a yet-to-be-identified person to come to Udemezue in Abakaliki to pick customers to a popular eatery along Ogoja Road.

A source from the university, who spoke on condition of anonymity, said,

“Owing to the withheld salaries of lecturers for over four months, Kyrian registered his car for taxi service to be able to feed his family (wife and his 2-year-old daughter).

“Kyrian was called to go and pick customers at Udemezue street and drop them at a popular eatery known for local delicacies at Ogoja Road, Abakaliki, on Sunday 10th January. He didn’t return as his lifeless body was found the next day near the Rice Mill along the same Ogoja road with bullet wounds on his body and his car missing.”

A colleague who took to his Facebook wall to mourn him attributed the death to the Federal Government’s inability to pay lecturers.

He wrote: “Kyrian Nwoke was a lecturer in the Physiology Department at Alex Ekwueme Federal University Ndufu Alike Nigeria. He was also a Ph.D. student.

“As a result of the hardship occasioned by the prolonged ASUU strike and FG withholding of lecturers salaries for over six months, he registered his car under the online taxi service to make ends meet.

“On Sunday, January 10, he was called to go and pick customers at Udemezue street and drop them at a popular eatery known for local delicacies at Ogoja road Abakaliki.

“He never returned from that journey as his lifeless body with a bullet wound was discovered the next day near the Rice Mill along the same Ogoja road and his car missing.

“That is how Kyrian Nwoke’s sunset on that faithful Sunday, leaving his wife a widow and his little daughter fatherless and AE-FUNAI bereft of a hardworking, upcoming Physiology scholar”

Meanwhile, as at the time filing this report, the Police Public Relations Officer in the state, DSP Loveth Odah, said the Command was yet to receive an official report about the incident.