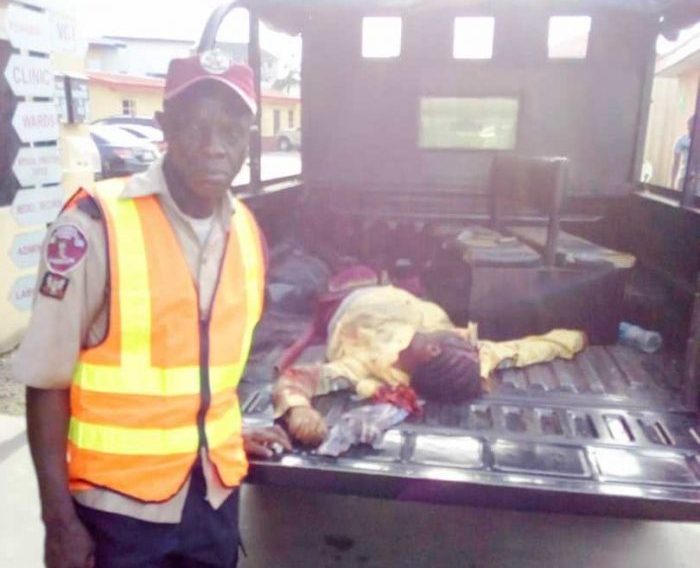 Tragedy struck in Apapa area of Lagos, Southwest Nigeria on Sunday as a female officer of the Lagos State Traffic Management Agency, LASTMA, was crushed to death by a trailer.

The name of the deceased officer was giving as Arogundade Remilekun, whose station base was Apapa Zone 36.

It was gathered that the officer was at the back of the truck when the tragedy occurred.

The trailer was said to have reversed without her knowing and crushed her to death immediately.

Her remains had been evacuated from the scene of the tragedy. Her demise has brought mourning to the LASTMA family.