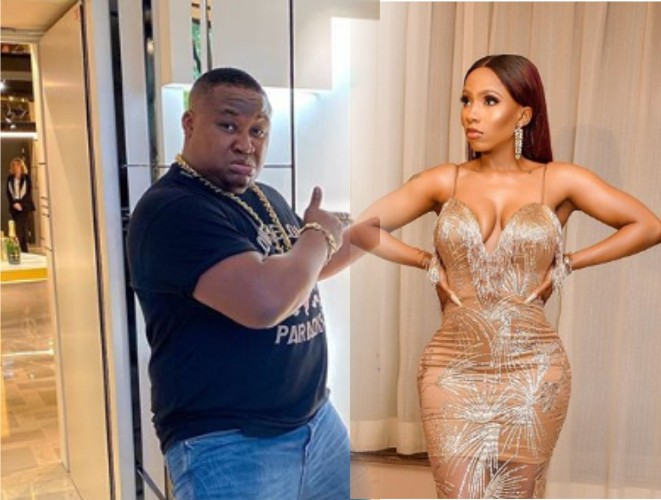 If there is a fight between Reality TV star, Mercy Eke and her ‘brother’ and friend, Cubana Chief Priest, we are yet to know.

However, the night-life king and the chief executive of CubanaGroup has deleted all Mercy’s photos from his social media handles and unfollowed her on Instagram.

Recall that while Mercy Eke was still in the BBNaija house, Cubana went all out for her. He canvassed for votes and support for her and promised her five endorsements as soon as she gets out.

While celebrating Mercy’s victory after the grand finale of BBNaija 2019, he declared that he bought the reality TV show for Mercy.

“I Fuckin Bought Big Brother For myowerri Sister @official_mercyeke I Said It N I Did It. Of The Gods #CelebrityBarMan”. He said.

As for his promised endorsements, just recently, she was made an ambassador of Moët & Hennessy, which was made possible by Cubana who is a major distributor of the luxury drink.

In appreciating Cubana, after signing the deal, Mercy wrote: “My Newest Family, God Has Done Me Well Beyond My Humble Imaginations, I am So International💵 @cubana_chiefpriest Baddest plug🔌”.

So, the reason behind his recent action has left many wondering what could be going on with them.