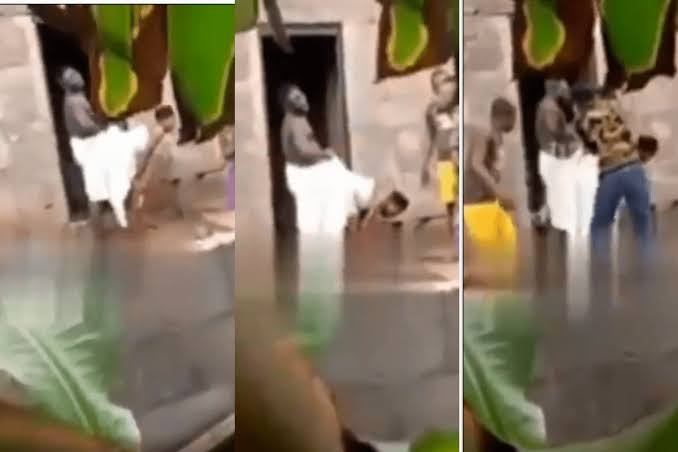 A married woman and her lover got more than they bargained for in Ogun state after they got stuck to each other and couldn’t separate after having sex.

In a video which has been shared on social media, the couple is seen struggling and crying to be released from each other.

It was reported that after exhausting themselves inside a room, the man could not disentangle himself from the woman so they had to force the door open and scream for help.

Some believe that the married woman got glued to her lover while having sex, as a result of the famous ‘Magun’ (thunderbolt charm).

Magun which in Yoruba language means “Do not climb”, is a dreadful and deadly charm usually employed by offended husbands to punish adulterous men having illicit sexual affairs with their wives.

Watch the video of the incident below.