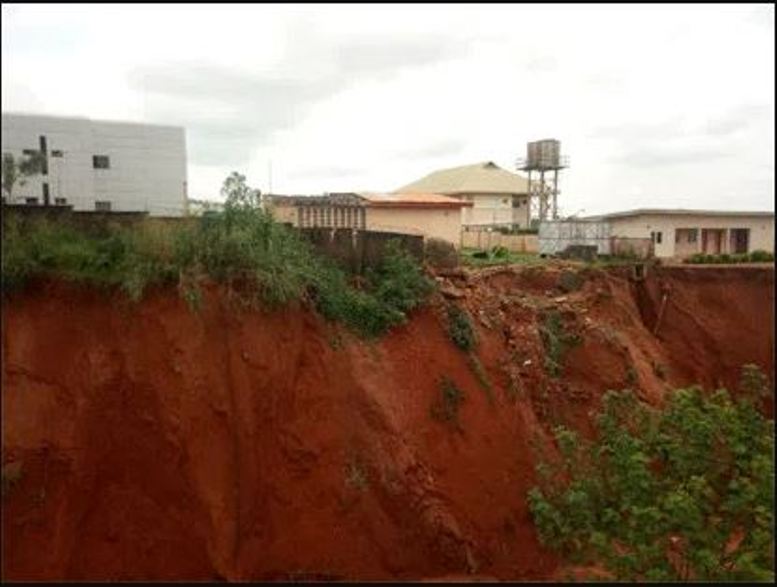 A heavy down pour which lasted 16 hours has caused a gully erosion in several communities in Bende Local Government Area of Abia State, swallowing a two-storey building and a four-bedroom bungalow.

The lawmaker revealed that the community has always made efforts to change the course of the gully site but to no avail, which also led to the collapse of another four-bedroom bungalow.

He said, “I have reached out to the NEWMAP who came and gave their expert advice. A step that has been followed but the gully still persists.”

While noting that more buildings in the community are under threat, Hon. Ndubuisi revealed that the community has now commenced fresh palliative work following advice by the NEWMAP team to mitigate the flood impact.

He revealed that the NEWMAP advice received is for them to “do a drainage down to the river so that more buildings will not be threatened, but I don’t know if the money available to the community now can do that.”

While revealing that efforts are ongoing to get other government agencies for their intervention, added, “What we want to do now is to use sand bags to slow down the speed of the flood so that the devastation will reduce, which the engineers told us will reduce the devastation.”