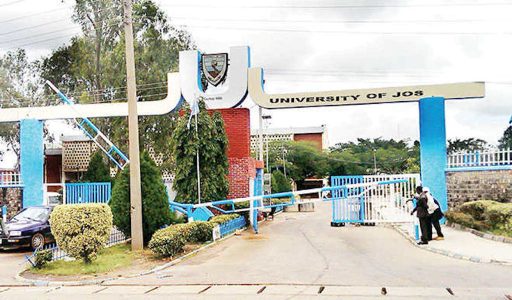 The University of Jos community has suffered a double tragedy following the mysterious death of a 200-level student of Marketing, Mercy Naan, and the Vice Chancellor’s son who was a student of Babcock University, Ilishan-Remo, Ogun State.

Mercy Naan had been declared missing by her parents on Friday May 3 after no one could reach her. Her lifeless body was later found in her hostel.

Mr Terna Tyopev, the Police Public Relations Officer (PPRO) in Plateau, in a statement on Monday in Jos, said: “The body was recovered on Sunday, May 5, after we received information of an unbearable odour from room 23 in Zion Hostel of the University.

“She was confirmed dead by the medical doctor on duty at the University Clinic and her corpse has been deposited at the Anatomy Mortuary of the same University for autopsy,” he said.

Sources said the UNIJOS student might have committed suicide after her boyfriend allegedly broke up with her.

However, the cause of the death of the vice-chancellor’s son, who was a student of Babcock University, Ilishan-Remo, Ogun State, was unknown.

A source close to the family said it might be due to intake of some prohibited substances.

The source refused to give further details, saying the VC had decided not to speak about it.

When contacted, the spokesperson for UNIJOS, Abdullahi Abdullahi, said, “All I can tell you is that the son of the VC died last (Sunday) night in Jos. I am not a medical doctor and I cannot say what killed him,” he said.

Sympathisers were said to have besieged the house of the UNIJOS VC, Prof. Sebastian Maimako.