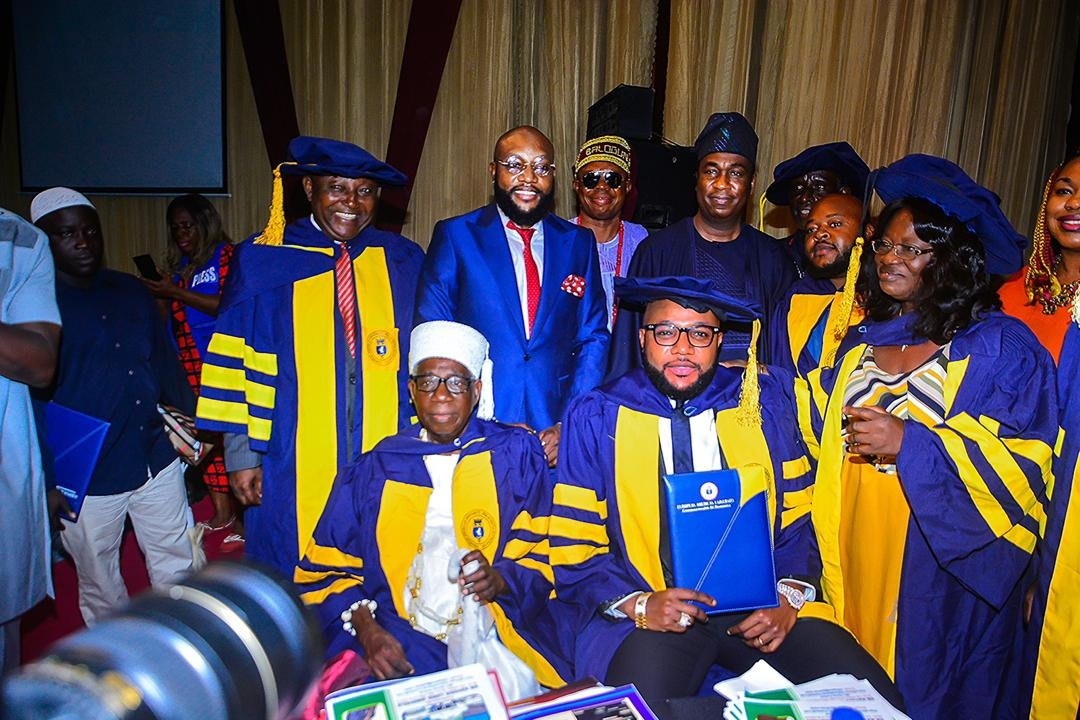 This was after pictures shared on Instagram by E-Money show him dressed in convocation gown at the University’s convocation.

To God be the glory! I have just received a Honorary Doctorate Degree in Business Management and Corporate Governance at an event held inside the University of Lagos.

Below is a statement issued by UNILAG showing the list of people conferred with a doctorate degree with E-money’s name missing.

TO WHOM IT MAY CONCERN

Please note that the University’s official colours are maroon and gold and the personalities who were conferred with these honorary awards by the Chancellor of the University (see pictures) are in the appropriate attire.

It is worthy to note that the afore-mentioned personalities are the only people who were conferred with these awards by the University of Lagos at the 50th Convocation Ceremonies, thus, any story stating otherwise is false and should be amended accordingly.