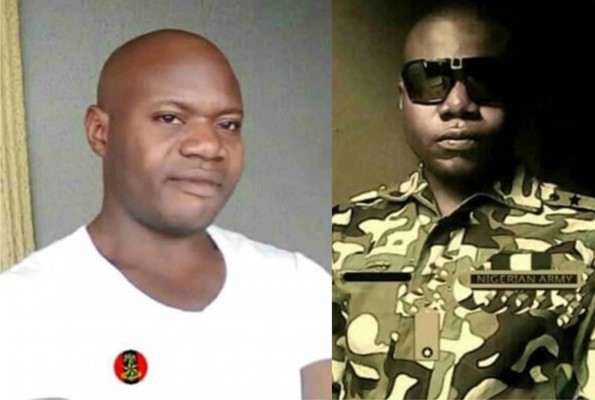 A Facebook user identified as Mr Otuakoadi has released more information regarding the identity of the dead man who was dumped on the road in Aba with his private parts missing. We reported the news about it here.

According to the eyewitness, he had earlier sent an SOS to the Security authorities to come and clear a decomposing body by the road side.

He later took to the platform to write that the decomposing body is that of an ex-soldier who was allegedly killed by a hit-and-run driver.

What’s this world turning into?
How can our leaders of tomorrow die like fowl?

Just last night I got distress call from a friend.who review the identity of the victim.

Though the case is still wit the police.for more investigation. And police also alledge that. He was kill by a heat and run vehicles. His name is DIVINE.HIS FACEBOOK NAME IS. JIMSTOUT.

A HEALTHY LOVELY MAN AROUND 35 YEARS OLD. HAILS FROM NKPORO IN OHAFIA LG.

HE WAS LIVING WIT HIS UNCLE AROUND OPOPO ROAD. ALSO A MEMBER OF WINNERS CHAPEL.

ONCE A SOLDIER MAN. PAINFUL DEATH.TO THE FAMILY..VILLAGE STATE AND COUNTRY’.

WAS LAST SEEN ON TUESDAY.BUT UPTILL NOW WHAT LEAD TO HIS DEMISE IS WHAT WE’RE YET TO KNOW.

Another side of this story is this.
If actually he was killed by a heat and run vehicles.how come one side of his trousers was thorn to picese?

How come his intestines.gushed out?And there’s no blood stains on the spot on the accident?

This are my personal opinion.
If we have a CCTV in this country.crime rate will reduced drastically.

THIS STORY HAS PUT ME INTO A CANTERGOROUS STUPOR.SINCE LAST NIGHT.

THIS GUY IS AS GENTLE AS A DOVE. HE DONT FIND OR LOOK FOR TROUBLES.

WE CAN ONLY TALK LIKE MORTALS.WE ARE NOT GOD..MAY HIS GENTLE SOUL REST IN PEACE..

AND MAY ANYONE WHO HAS A HAND OR CONTRIBUTED TO HIS DEAD NEVER KNOW PEACE TILL HE CONFESS AND BROUGHT TO BOOK.