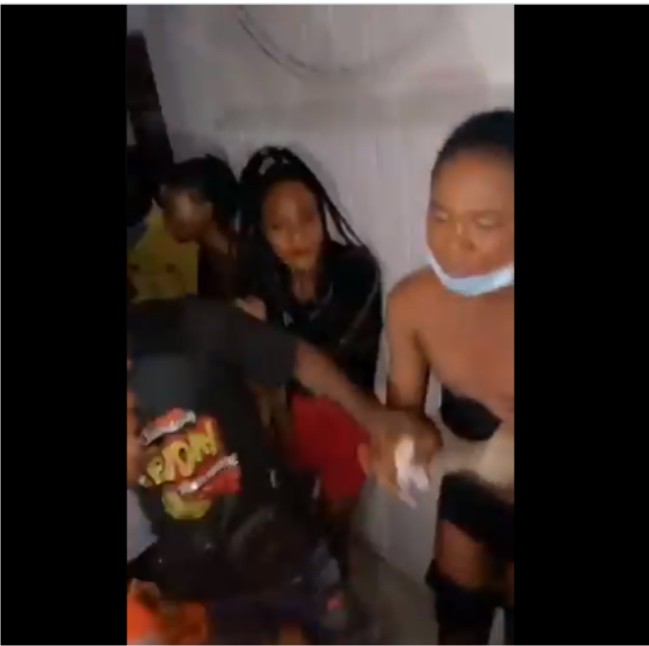 Three crossdressers who are suspected to be homosexuals, are lucky to be alive after they were nabbed by some men who attacked them with bottles and further humiliated them by forcing them to strip naked.

The incident occurred on Saturday, May 1, at Sunset Bar in Cotonou, Benin.

The violent incident caught the attention of an NGO and LGBT+ advocacy group Hirondelle Club Benin and they shared it on Twitter to spread awareness about violence against transgenders.

The video caption reads: “We have just denounced an umpteenth aggression against people LGBTQi in Benin a few days before the celebration of May 17. We condemn these acts with the last rigor. We will come back for more details.”

In the video, the men are seen harassing the crossdressers. The men forced them to take off their clothes while also slapping them and throwing objects at them.

One of the victims told The Observers that the attack was planned. He said: “My man knew I was transgender and asked me to invite my transgender friends. When we arrived, he asked me to go outside.

“Once we managed to get outside to help our friend, they began attacking the three of us. There were about 200 men there, and they forced us to strip naked while they laughed and filmed up. It was humiliating.”

The victims were able to take shelter within Hirondelle Club Benin. But they said the “whole nation”, including “our families and bosses”, viewed the video of the attack after it went viral on social media.

“We’ll never be able to find a job again,” one of the victims said. “Everyone here is against us. Even young children in the street have been [pointing] fingers at us.”