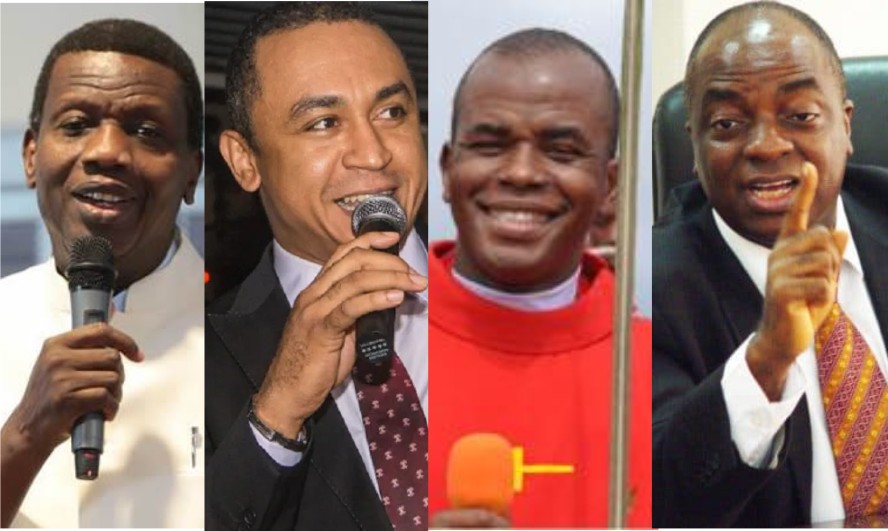 Controversial On-Air-Personality and religious critic, Daddy Freeze has mocked Father Ejike Mbaka, spiritual director of Adoration Ministries Enugu, for being a political prophet who was unable to ‘see’ that there will be a ban on Okada and Keke which has thrown Lagos state into confusion.

Lagos State Government on Monday January 27, proscribed the operations of motorcycle and tricycle riders in six local governments and nine local council development areas of the state. They were also banned from plying 10 major highways and 40 bridges and flyovers across the state.

While reacting to the situation that has put a lot of poor Lagosians into untold hardship as they sought alternative means of intra-city transportation, Daddy Freeze also mocked church goers that have given their January salary as first fruits to their church but now have to face financial uncertainties created by ban on Okada.

Daddy Freeze also mocked Bishop Oyedepo of Winners’ Chapel who didn’t see that a suicide bomber would invade his church to attempt to kill many people.

He didn’t leave out Pastor Adeboye of Redeemed Christian Church of God whom he accused of prophesying in his new year prophesies that there would be earthquakes that would happen in far away countries but didn’t ‘see’ the ban that have rendered a lot of riders jobless in Lagos state.

Watch the video he made below.