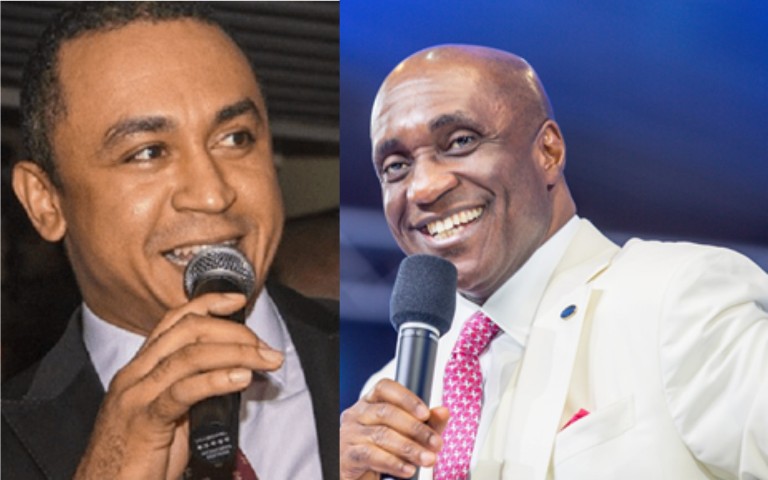 Popular On Air Personality and religious critic, Daddy Freeze has finally replied Pastor David Ibiyeomie of Salvation Ministries after the clergyman insulted him and threatened to kill him.

Daddy Freeze who spoke via his YouTube Channel, accused Ibiyeomie of racial discrimination and threat to life.

He said that he never insulted Bishop David Oyedepo as Ibiyeomie claims but only made correction scripturally.

The media personality demanded that Ibiyeomie tenders an apology to broadcasters whose noble profession he insulted.

Freeze berated the Man of God for speaking with so much disregard about Somalians just to get at him. He also demanded Ibiyeomie apologise to his mother whose integrity he brought to disrepute.

He went on to clarify that his father is a Yoruba man while his mother is European.

He wondered why the Nigerian police have not gone to arrest Ibiyeomie for making hate speech and threatening his life and asked Nigerians and the world to hold Ibiyeomie responsible if anything happens to him.