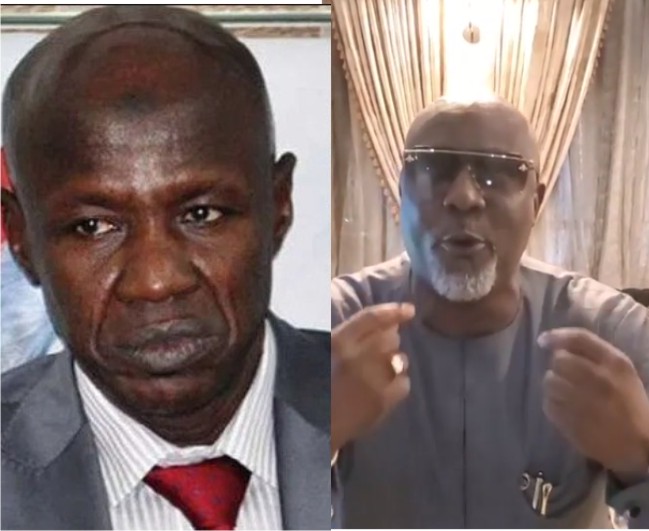 Magu was suspended by the presidency on Tuesday to allow him face the probe into the allegations of corruption leveled against him by the Minister of Justice and Attorney General of the Federation, Abubakar Malami.

On Tuesday evening, July 7,  Dino released the new song on his Instagram page to mock Magu. Watch the hilarious video below.