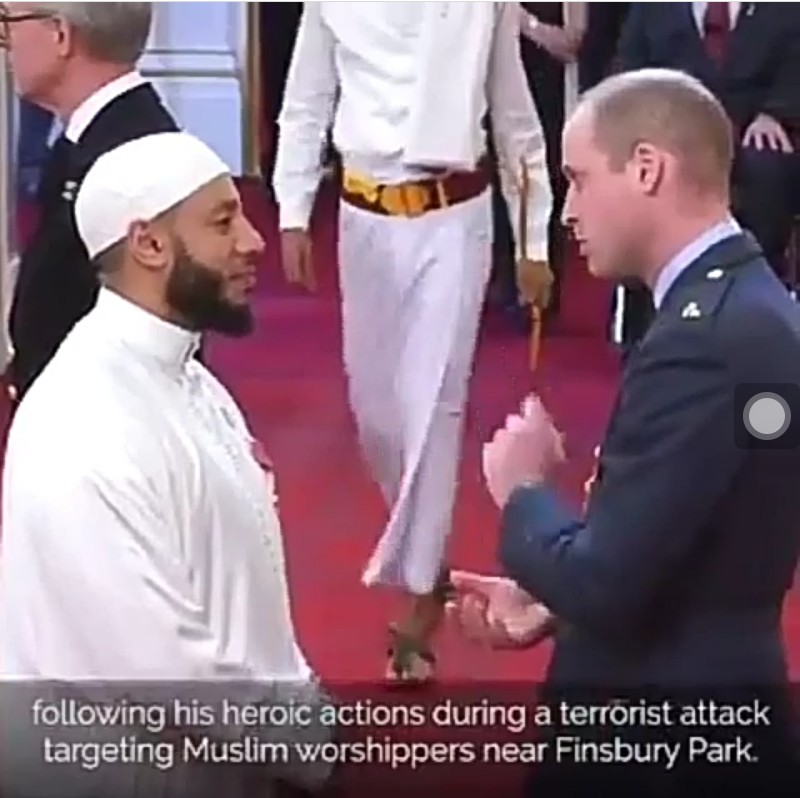 Today an Imam was among those conferred on the prestigious OBE (Officer of the Order of the British Empire) award by the Duke of Cambridge. This was announced via the twitter handle of the Kensington Palace.

According to the Kensington Palace, “Imam Mohamed Mahmoud was today awarded an OBE for services to the community by The Duke of Cambridge, following his heroic actions during the terrorist attack targeting Muslim worshippers at Finsbury Park in 2017.”

Watch the video of the ceremony below: