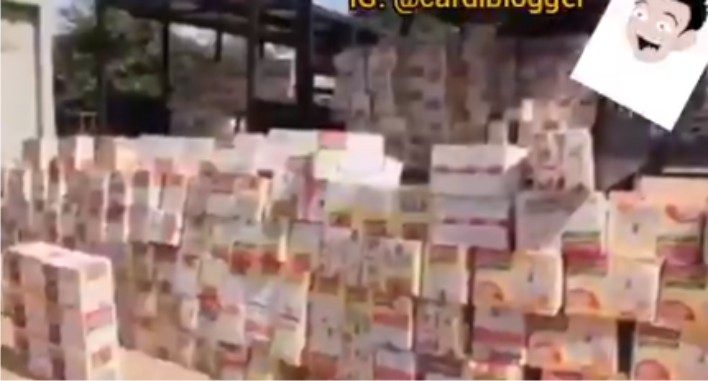 For days now, Nigerians have witnessed rise in ‘discoveries’ of Covid-19 palliatives hoarded in warehouses in cities across the country.

The palliatives which are made up food items donated by private individuals to be distributed to the poor to cushion the effect of pandemic were shockingly stored in warehouses while those whom it was meant for were left in hunger.

In Kano state, it was discovered that the palliatives worth over four million naira, meant for Benue State, were diverted to Kano and sold in markets before their they recovered by the police.

This comes as PDP chieftain, Buba Galadima, revealed during an interview with AIT that he knows a state whose officials were looking for buyers of Covid-19 palliatives.