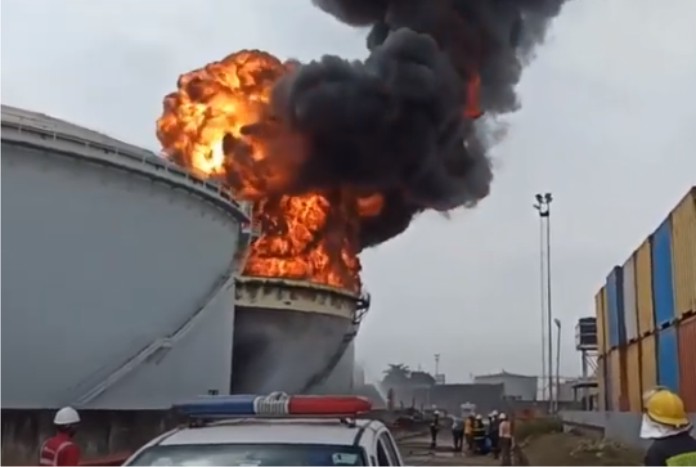 Public Relations Officer of the Lagos State Emergency Management Agency (LASEMA) Nosa Okunbor, said responders are currently working to extinguish the fire and evacuate the gas and fuel tankers in the station.

On his part, the Director-General of LASEMA, Femi Oke -Osayintolu, said: “The agency has activated its emergency response plan and all relevant stakeholders have commenced appropriate measures to combat the flames and prevent secondary incidents.”

OVH Energy, the licencee company behind the OANDO retail brand in Africa, also confirmed the incident.

It said there were no casualties during the incident.

It said on its official Twitter handle: “Preliminary information about the incident reveals that the fire emanated from a tank within the terminal, we confirm reports on the fire incident which took place.

“Whilst an investigation has been launched to ascertain other details, we have a team of professional firefighters on the ground to manage the outbreak.

“Safety remains our priority at OVH Energy as we operate under high safety standards to curb incidences of fire outbreaks as well as other health and safety risks from happening at any of our stations.”