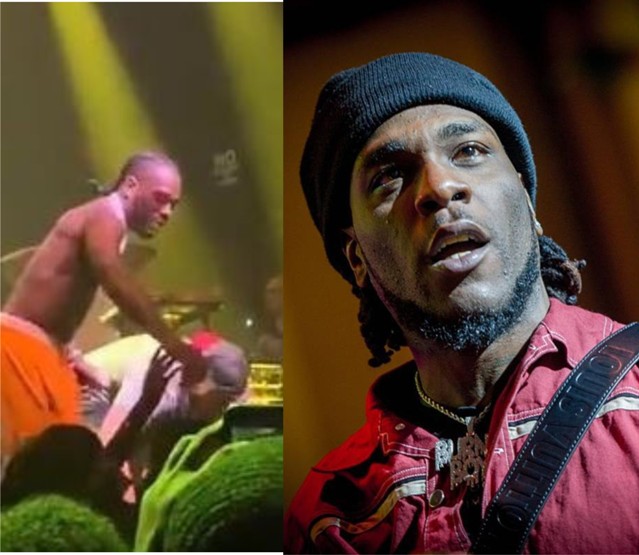 Burna Boy’s show in Atlanta last night has generated a lot of reactions from his fans after he got angry that a fan who was in the front during the show was not dancing as others were doing.

Burna dipped his hand into his pocked and gave the fan back his ticket fee and told him to leave the show or go to the back because, according to Burna, the fan was giving him ‘bad energy’.

In a twist however, after Burna Boy told security to escort the poor fan out of the venue, he changed his mind towards the end of the show, brought the guy on stage and together, they danced his famous ‘gbese’ dance.