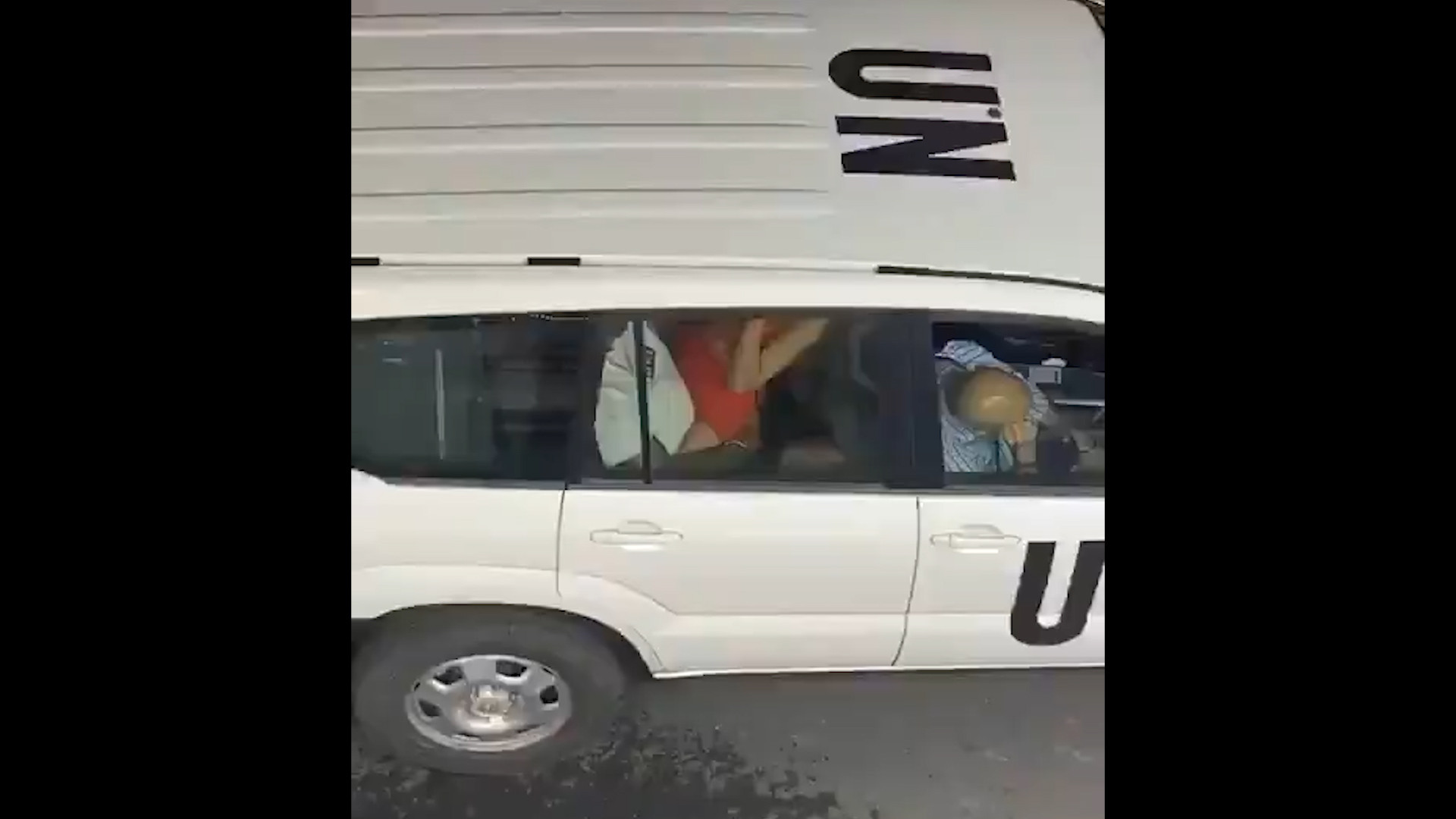 A video of a couple believed to be staff members of United Nations has gone viral on social media, forcing the organisation to react.

In the viral video which was shot in HaYarkon Street, a major thoroughfare in Tel Aviv, Israel, a woman wearing a red dress was seen straddling a man in the back seat of a white SUV with UN markings. The video featured a 4×4 vehicle which is “likely assigned to the UN Truce Supervision Organisation (UNTSO)”.

The people caught on camera are believed to be staff members of a peacekeeping organization in Israel.

Stéphane Dujarric, the spokesman for the UN’s Secretary-General said they are “shocked and deeply disturbed” by the scandalous viral video. He described the behavior as “abhorrent” and further disclosed that an investigation into the matter was “moving very quickly.”

“We are shocked and deeply disturbed by what is seen on the video.

“The behaviour seen in it is abhorrent and goes against everything that we stand for and have been working to achieve in terms of fighting misconduct by UN staff.

“We became aware of the video a little bit more than two days ago and our colleagues in the Office of Internal Oversight Services (OIOS) were immediately activated.

“Their investigation I know is moving very quickly. We know the location of the incident and the identification of individuals in the video, who are likely assigned to the UNTSO, is close to being completed.

“As part of the UN’s commitment to transparency, the UN will provide updates on the conclusion of the investigation, and any further action.”

BBC reported that the UN has strict policies against sexual misconduct by its staff members, and workers may be disciplined or possibly banned from peacekeeping operations if they are found to be in breach of the rules.