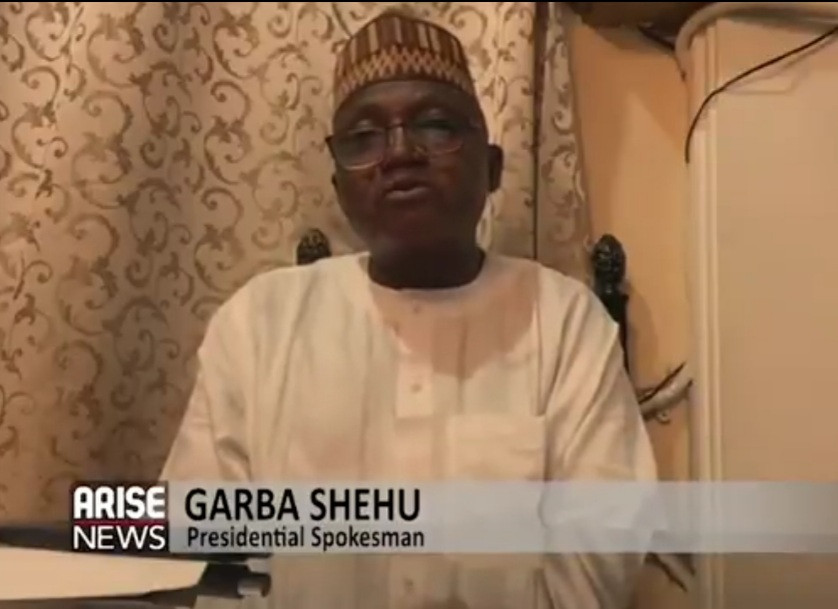 Garba Shehu, the Senior Special Assistant on Media and Publicity to President Muhammadu Buhari, has said that the president is satisfied with the performance of the service chiefs and the clamor for their sack is ‘out of place’.

Shehu who is still taking hits from Nigerians after blaming the killing of 43 Borno farmers on the victims for not taking military clearance, appeared on Arise TV news on Monday night, November 30.

While speaking to Arise TV, Shehu said the president has the prerogative to appoint or sack any of the country’s service chiefs and that he can keep the service chiefs as long as he is satisfied with their performance.

The gruesome murder of over the 43 farmers by Boko Haram members in Zambarmari community on Saturday, November 28 had once more ignited the call by Nigerians for the sack of service chiefs.

Reacting, Shehu said the decision to sack or retain any of the service chiefs is entirely that of the President.

“I am not aware that the tenure of service chiefs is subjected to any law of regulation that is clearly stated. They serve at the pleasure of the president and (if) the president is satisfied with their performance, he keeps them. The buck stops at his table with all due respect to the feelings of Nigerians.

“The clamour for the sack is out of place considering that the president is not subject to the opinion of opposition political party which has clamoured for this all the time and other people who think that they have a role in it. It is entirely his own determination. He decides who he keeps as his service chiefs and for how long. The laws don’t prescribe a time limit,” he said.