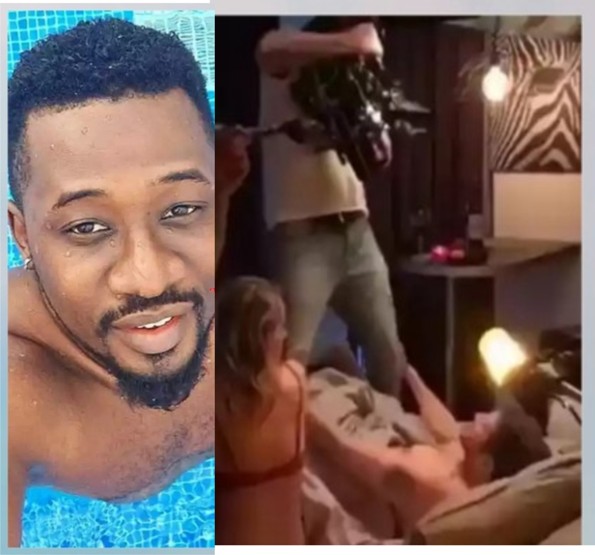 Most times when we watch romance scenes in movies, we might be tempted to believe that the actors love the scenes or have fun playing out the scenes.

Sharing the video of the making of a movie romance scene, actor Daniel K. Daniel revealed that the romance scenes are his least favourite scenes.

Other actors like Uche Ogbodo and Halima Abubakar also took to the comment section to reveal how tiring and exhausting it usually is to shoot romance scenes, even worse when they are called to play it all over again.

Watch the video below and see how other actors also reacted to the video.