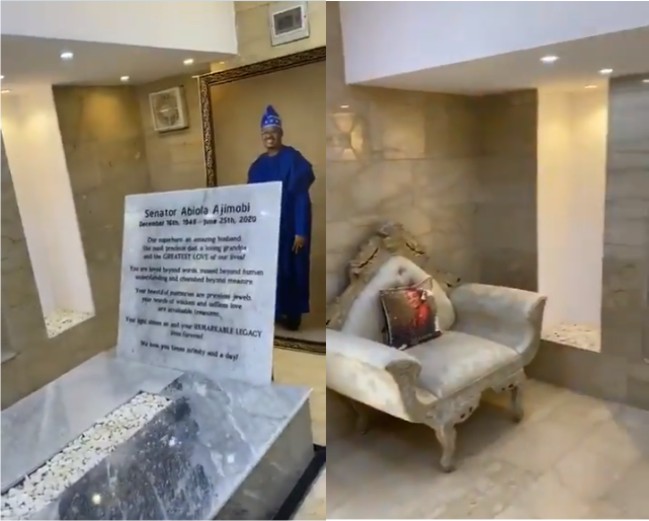 Video of the funished graveside of Late Senator Abiola Ajomobi, former Governor of Oyo State, has surfaced on social media.

The Graveside as seen in the video that is now going viral is Air conditioned, furnished and has beautiful marble finishing.

Recall that the former governor died as a result of complications arising from COVID-19 on 25th June 2020.

Ajimobi went into a coma on June 19 and was admitted at First Cardiologist and Cardiovascular Consultants Hospital in Lagos where he was receiving treatment before his death.

The video of the exquisite graveside has stirred up controversy online with many Nigerians berating the family for ‘wasting’ resources that could have been used to better the lot of poor Nigerians who could barely feed.

See some screenshots and also watch the video below.