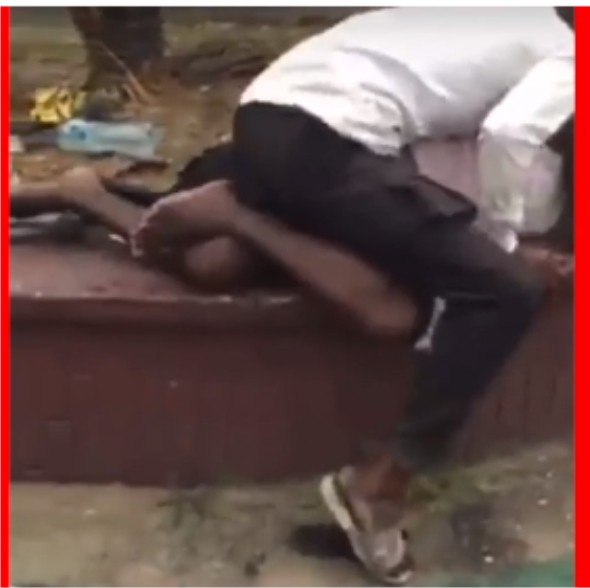 A video that has been uploaded on social media allegedly captured the moment a man was publicly making out with a woman said to be mentally challenged.

According to reports, the date of the incident is not clear, but it is said to have happened in Uyo, Akwa Ibom state.

Residents reportedly claim that the man alleged to be a ritualist have been seen around the woman before the day he was seen making out with her as people filmed.

Watch the disturbing video below.