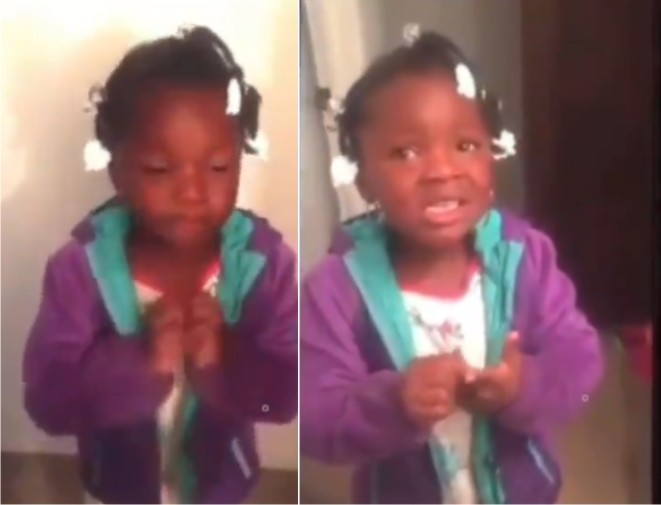 Recently, a four-year-old boy named Oreofeoluwa Lawal-Babalola became an internet sensation after a video of him begging his mother not to punish him went viral.

Nigerians are still basking in the excitement from the funny video in which Oreofeoluwa showed smartness and capacity to reach a plea deal with his mother to “calm down” and give him “one last chance”.

Now, netizens have spotted another kid in America exhibiting similar audacious behaviour in the face of an anticipated punishment for a wrongdoing. The Little girl in the video is seen pleading with her mother to ‘relax’.

Watch the dramatic video which Nigerians now call the American version of the famous “Mummy calm down” video.

Twitter users say the event in the video took place three years ago. The mother of the little girl had threatened to call the police on her for eating her Grandma’s candy without her permission. The little girl is seen making all efforts to talk her mother out of the idea.

Severally she promised not to do it again. She added, “Never, never. I’m gonna cut that out.” She even demonstrated how she will cut out the bad behaviour by swiping her hand through her neck.