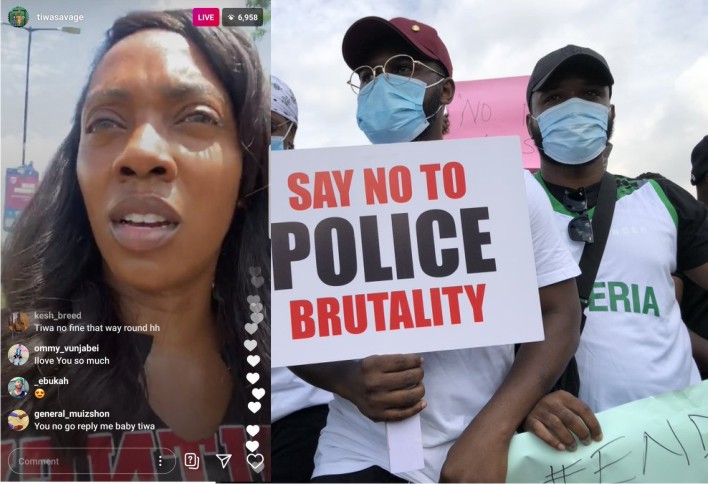 Several celebrities and thousands of other concerned Nigerian youths hit the streets of Lagos, Abuja and other cities to demand an end to police brutality against young Nigerians.

Many Nigerians have been calling for the disbandment of the dreaded Special Anti-Robbery Squad (SARS) of the Nigerian police force over incessant reports of harassment, extortion and extrajudicial killing of citizens which have gone unpunished.

Since Saturday last week, call to disband the unit got intensified with many activists, prominent Nigerians and celebrities joining their voices to demand an immediate action to be taken against police brutality.

While activists like Aisha Yesufu, Yele Sowore, Deji Adeyanju and others led the protests in Abuja.

States like Imo and Kwara were not left out as protests also rocked the areas, even though police officers disrupted the protest in Imo.

See videos and more photos from the protests below.