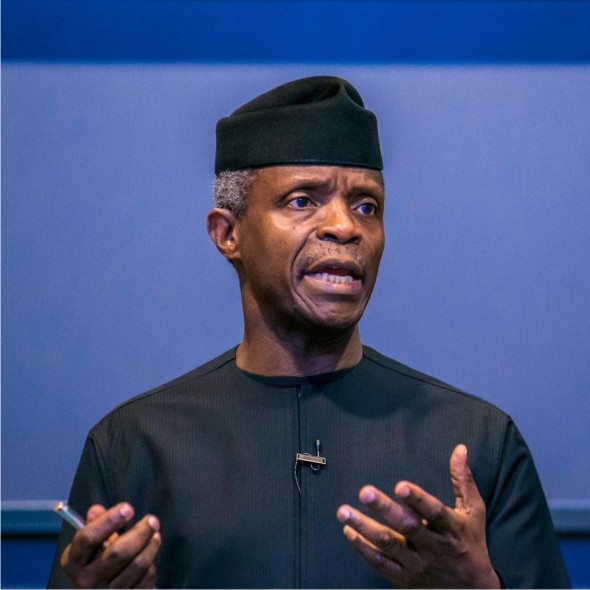 Vice-President Yemi Osinbajo has finally reacted to the shooting at Lekki Toll Gate in Lagos State.

While speaking via his official social media pages on Wednesday night, Osinbajo expressed concern over the shootings and killings of Nigerians demanding an end to police brutality and bad governance in the country.

The Vice-President who said he had spoken to some of the victims in the hospital, promised that those killed or injured as a result of the shootings would get justice.

Osinbajo said, “My heart goes out to all the victims of the Lekki shootings, and also the policemen and all other men and women who lost their lives in the past few days in different parts of Lagos and other states.

“I spoke to some of those in hospital. The pain of these terrible events is palpable in our towns and cities, and some losses are irreplaceable, but we can and will get justice for all of them.

“I stand with Lagos and all other affected states in these trying times.

“We pray we will never see a repeat of these tragedies in Jesus name. God bless you all.”

The Toll Gate incident angered a lot of young Lagosians who took to the streets on Wednesday to vandalize and burn some government buildings and others linked to some politicians.

Peaceful protesters had gathered had gathered on Tuesday night despite a curfew imposed to end spiralling protests over police brutality and deep-rooted social grievances at Lekki toll gate before they were shot at by soldiers.

At least 12 people were killed by the Nigerian army and police in two locations in Alausa and Lekki toll gate on Tuesday, Amnesty International said.

Governor Babajide Sanwo-Olu had announced an indefinite curfew from Tuesday afternoon, claiming that criminals had hijacked the wave of demonstrations that erupted two weeks ago across the country.

The Inspector-General of Police also ordered anti-riot units to be deployed around the country.

Meanwhile, President Muhammadu Buhari is yet to directly address Nigerians about the Tuesday’s incident.