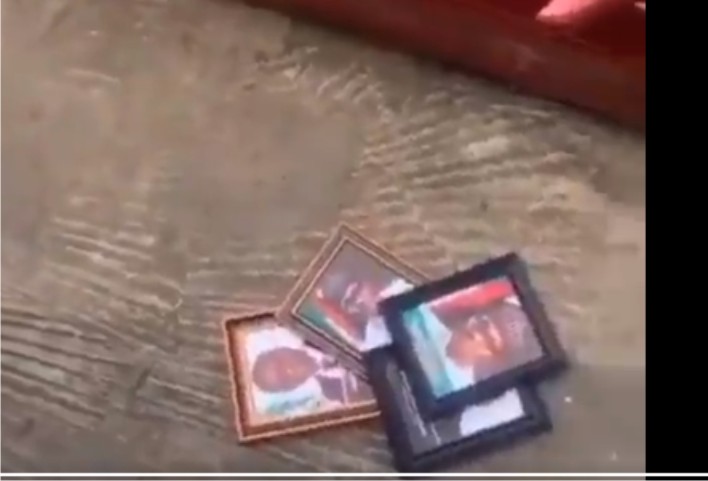 It is normal to notice photos of the President and the Governor hanging on the wall in public and private offices.

However, after President Muhammadu Buhari’s address on Thursday night which left many disappointed, an obviously angry Nigerian man was seen after he took off the photos of the president and those of Governor Sanwo-Olu of Lagos State which were hanging on the wall of his office, and trashed them.