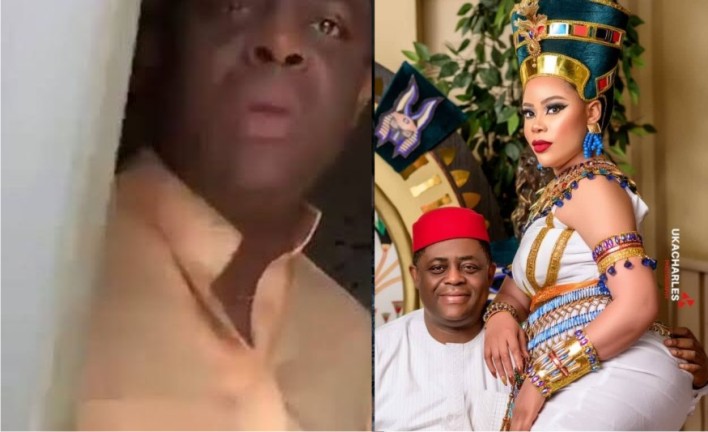 A video of former Minister of Aviation, Femi Fani-Kayode having a heated exchange with his estranged wife, Precious Chikwendu, has surfaced online.

In the video shared by Sahara Reporters, FFK is seen accusing Precious of being insulting and not ready to make peace.

When he walked towards, asking her what her problem was. She replied, “you have been abusing me since,” but before she finished her statement, Fani-Kayode, apparently noticing she was recording the exchange, attempted to snatch the device from her.

“Stop recording. Who the hell are you?,” he said to her.

FFK also dared the former beauty queen to go ahead and report “anything you like”.

Recall that the couple separated following reports of alleged domestic violence and health issues. They share four children together.