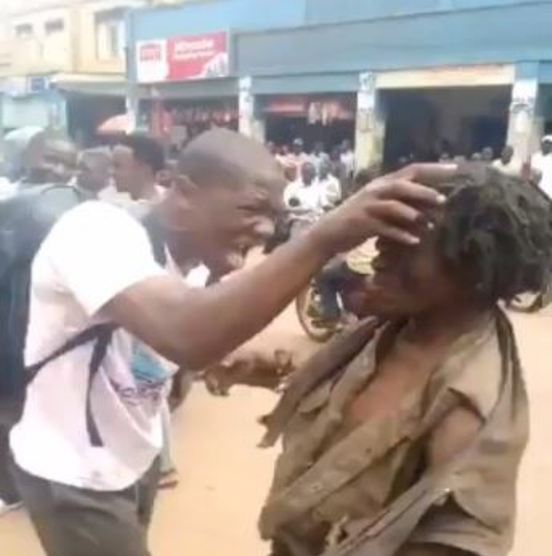 A pastor has been captured in a video making the rounds on social media as he attempted to heal a mad man in the full glare of the public.

In the video, the pastor is seen in the dramatic session as he tussled with the mentally challenged while trying to heal him.

The pastor lays his hand on his head and prays to cast away the demons possessing the man, but it seems it was in vain because the mad man didn’t regain his right senses.