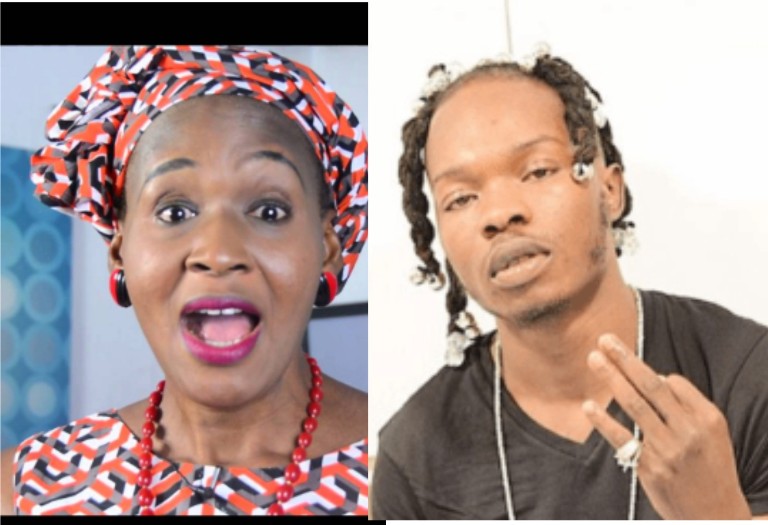 Few days ago, after receiving the 40,000 comments he demanded on Instagram, he finally released the music video of the song.

Controversial investigative journalist, Kemi Olunloyo shared the video of Soapy on her Instagram page and followed it with a review in which she took a swipe at Dancer Kaffy who is one of the vocal critics of the song.

See the video below if you haven’t watch it yet and read Kemi’s review.

MY REVIEW OF #NairaMarley’s “SOAPY” VIDEO. I WAS THE ONLY AND FIRST JOURNALIST TO TELL YOU THE SONG WILL GO VIRAL AND THE DANCE WILL BE A SIGNATURE DANCE AT EVERY PARTY. @joeyakan
@kaffydance How market??

Congrats @nairamarley let me review this video as a former @bet music reporter. First I should have played your mom in the video😠Next I would have preferred originality with the inmates wearing green our NPS uniforms and for God’s sake your name is Naira so you could have been more patriotic. I like keeping things real. This video is American style and we are not as harsh. You can sit with your video mom and showed her garri, crayfish and provisions she bought and hug her with her crying as she leaves instead of this American phone glass shit.

Video is rated 8/10 for all around creativity. Alhaja Fashola #MamaNaira will be proud but may she never see you experience this orange uniform. I wore it 7days in Canada before my deportation for antagonizing gun laws. See them now fighting gun violence. Love u Azeez. You and @cashellzentz where is the party on Monday? I’m a Lagosian now and it’s time to meet you my Instagram son. Where is the ram and I’m not talking about the 8G ram 🖥️🖱️used to make the video