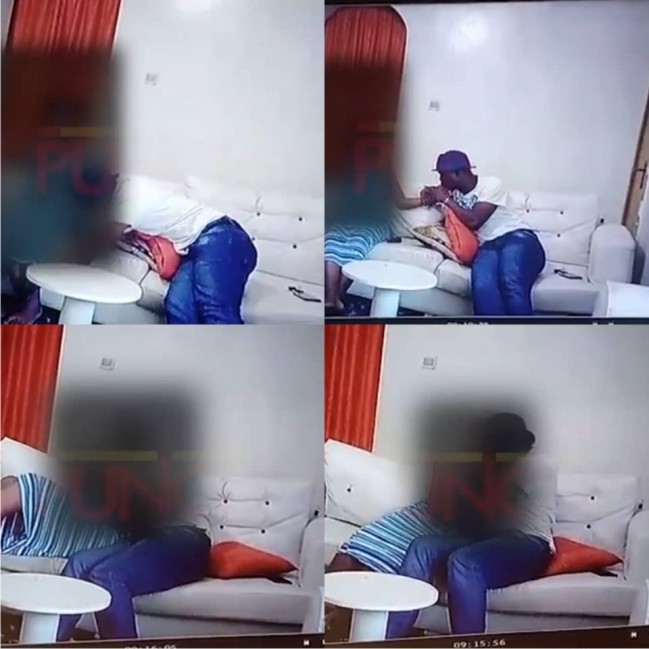 The CCTV footage showing how actor, Baba Ijesha, molested his victim, has been released online.

Baba Ijesha has been in police custody after he was arrested for defiling the minor who is the foster daughter of comedienne, Princess.

Princess had previously narrated how Baba Ijesha allegedly raped the victim when she was seven years old. But they didn’t do anything then because she didn’t speak up. The victim only opened up when she was 14 years old. So, Princess set him up so they will have proof before initiating a case against him. Read more here.

Watch the CCTV footage of how Baba Ijesha molested her again.