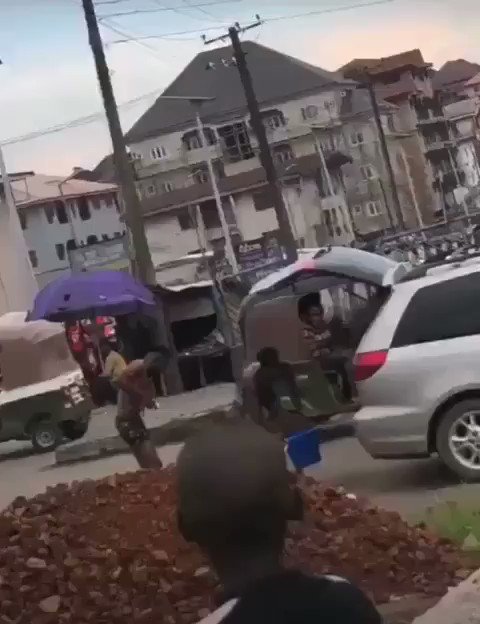 Two young men suspected to be internet fraudsters (Yahoo boys) were spotted bathing on a road in Umuahia, Abia State.

The rate at which young people go into internet fraud has risen greatly recently, with many people believing that those involved usually seek ‘spiritual powers’ to be able to successfully carry out their scams on their victims.

In a video sighted online by Expressiveinfo, two young men came out a car and took out two buckets of water and began to bathe with the water.

Thereafter, a native doctor who also came with them came out from the car and did some incantations on them before they went back into their car and drove off.