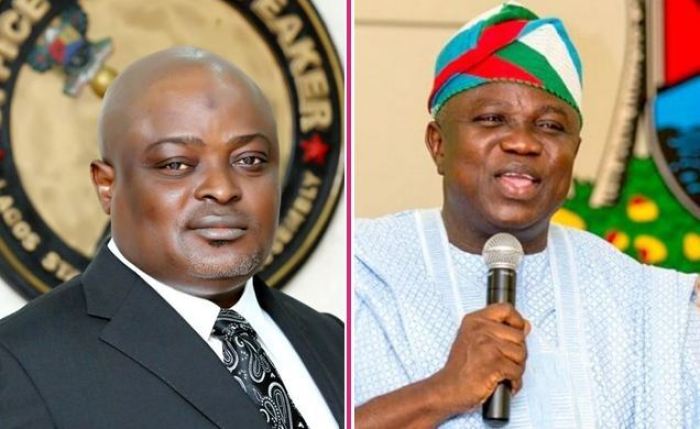 The Majority Leader of the Lagos State House of Assembly, Sanai Agunbiade, has said the state lawmakers will do their job despite protests against the planned impeachment of the state Governor, Akinwunmi Ambode.

Agunbiade, while insisting that there was no crisis in Lagos, noted that the Assembly was only carrying out its oversight function as enshrined in the constitution.

He spoke on Wednesday while responding to a crowd of protesters who had stormed the Assembly at Alausa, Ikeja, to dissuade the lawmakers from removing Ambode from office.

The House of Assembly had accused the governor of gross misconduct and allegedly spending from the 2019 budget which had yet to be approved.

The lawmakers had given him seven days to respond to the allegations or risk impeachment.

The protesters, who gathered under the aegis of the Lagos People’s Assembly, carried banners with inscriptions depicting their agitations.

The leader of the protesters, Declan Ihekaire, said the group was a coalition of civil societies protecting the rights of residents of Lagos.

He said, “We are appealing to the Lagos State House of Assembly to step down the plan to impeach Governor Akinwunmi Ambode.

“Ambode, by record, is the best performing governor in Nigeria. The ticket of the party has been taken from him and he is still a loyal member of the party. In the interest of the people that he has served, we are saying that the Assembly should stop the impeachment process.”

Ihekaire later delivered a letter to the lawmakers, who were represented by the majority leader, Agunbiade.

Agunbiade, who was flanked by two other lawmakers, thanked the protesters for their peaceful conduct.

He said, “Democracy allows people to show their grievances peacefully. You have marched here to tell us how you feel about what is happening. That is what democracy is all about.