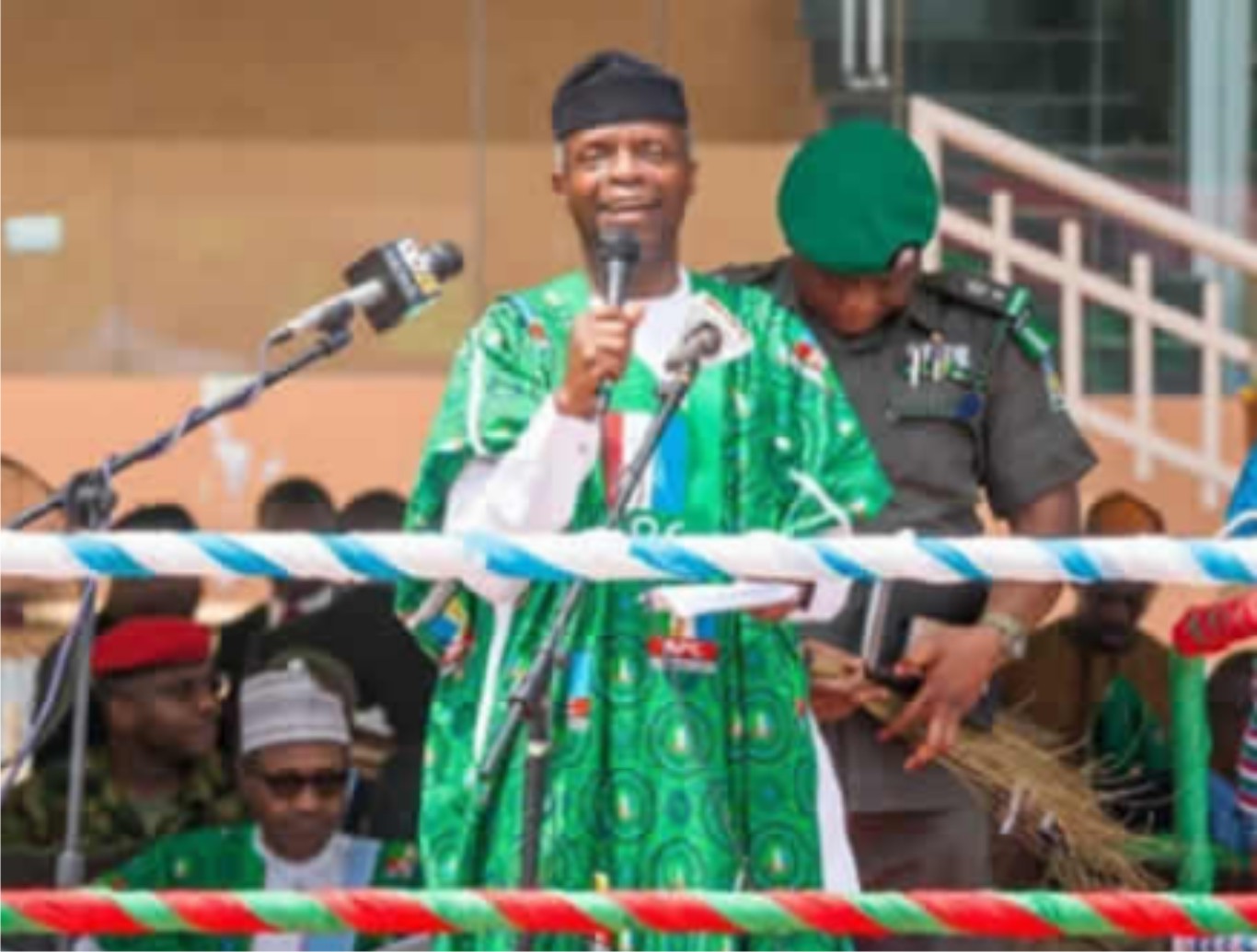 Vice-President Yemi Osinbajo, on Tuesday, said members of APC hated mentioning the name of the main opposition party, PDP because it gives them a headache.

He accused the Peoples Democratic Party of neglecting Nigerians’ social welfare during its 16 years of governance at the federal level.

Osinbajo, who spoke at the All Progressives Congress presidential campaign in Ondo State, stated that many of the initiatives of the current government should have been conceived and implemented by the previous administrations.

The Vice President said, “Don’t let us deceive ourselves. What has held our country back for so long is corruption. That is why we say we cannot go back; all of these things we are doing are things that should have been done long ago.

“We should have completed the Lagos-Ibadan Expressway by now. But we just started doing it. The ones that were doing it before, I won’t mention their names. We don’t even want to mention their names because it gives us a headache.

“They said they were doing Lagos-Ibadan but it was all a lie. Budget after budget, they didn’t do it. That is what we are doing now. It is the government of Muhammadu Buhari that is doing it now and we will finish it. If you drive on that road, you will see the work we have done.”

According to him, the number of eggs consumed weekly is 6.8 million, creating more jobs for poultry farmers.

He further noted that the government had partnered with Brazil to acquire equipment, including tractors and rice processors, to encourage the youths to do more farming.

Osinbajo said, “Everyone who wants to farm or work in food processing will have jobs. It is the issue of jobs that we are most passionate about; we want everyone to find jobs.

“The money that we are giving traders and small business owners, TraderMoni, we plan to do more in the next level. What we want to do next is PeopleMoni, so that a tailor, for instance, who wants to borrow money without much interest can go to that bank.

“A mechanic that wants to borrow money can go there. Artisans can go there. Then there will be the entrepreneur bank for young men and women that want to start their own businesses. All of this we are doing so that we can all go to the next level.”