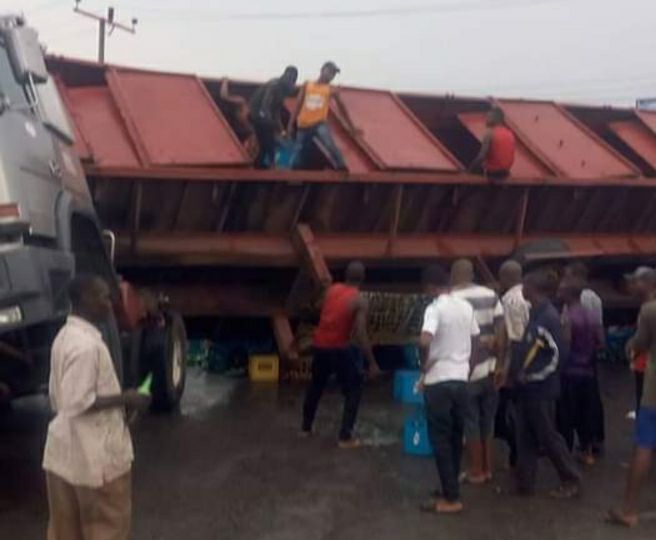 It was a free beer for every one at the the expressway before Abak bridge in Akwa Ibom when a truckload of beer crashed on the road. The incident was said to have happened on Thursday, March 28th.

There was no report whether there was any casualty. It was only gathered that some passersby and sympathizers who gathered at the accident scene, used the opportunity to drink bottles of beer which were in the crashed vehicle while some hoodlums carted away some crates of beer.

The truck and broken bottles were eventually evacuated after the incident caused a traffic gridlock in the area.