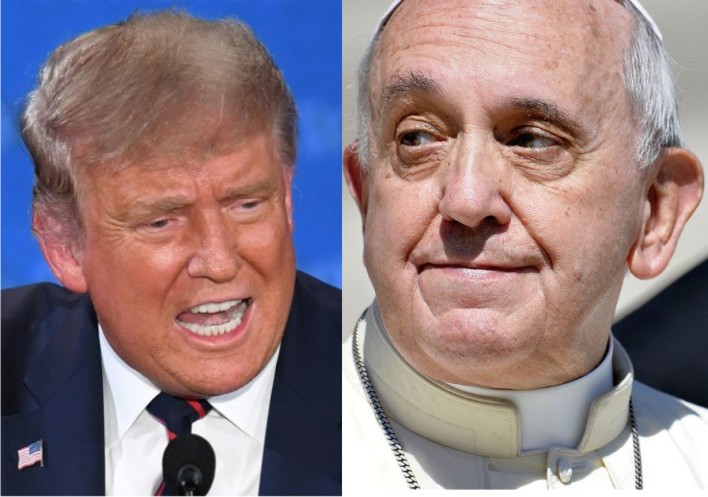 US President, Donald Trump has replied Pope Francis, who earlier criticized him and described him as non-Christian.

Trump responded to the criticism at a campaign rally in Kiawah Island, S.C., warning the pontiff about the Islamic State, who he said: “their primary goal is to get to the Vatican.”

“If and when the Vatican is attacked,” he said, “the pope would only wish and have prayed that Donald Trump would have been elected President.”

The President had earlier in his speech, said, “I like the pope.”

Before the Catholic pontiff arrived at the Mexican border, President Trump had frowned on the visit, describing Francis as a politician and accused him of acting at the behest of the Mexican government.

Trump, a Presbyterian, has been trying to make inroads among evangelical voters as he seeks reelection come November.

“I think that the pope is a very political person,” he said.

When asked about Trump’s comments, Francis laughed, saying, “Thank God he said I was a politician because Aristotle defined the human person as ‘animal politicus’.

“So at least I am a human person. As to whether I am a pawn, well, maybe, I don’t know. I’ll leave that up to your judgment and that of the people.”