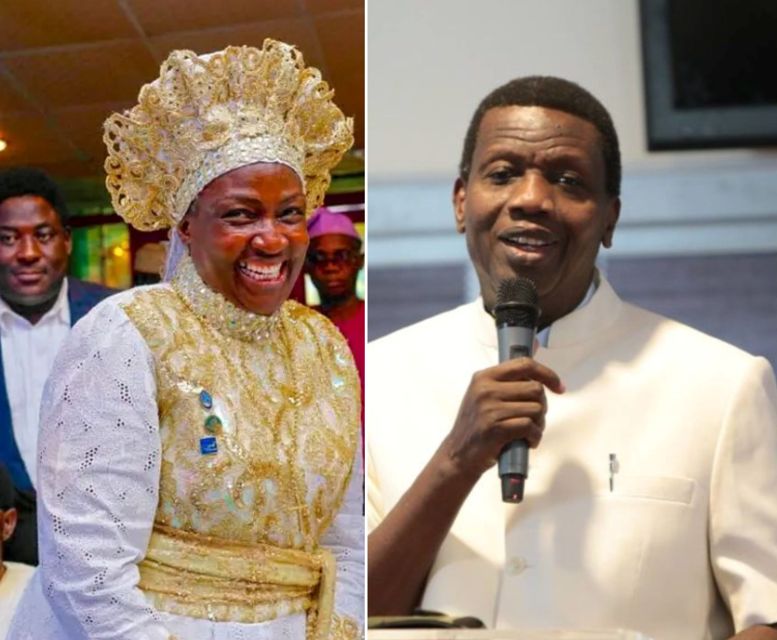 Pastor Enoch Adeboye, the General Overseer of the Redeemed Christian Church of God (RCCG), has explained why he attended and preached at the commissioning of Prophetess Esther Ajayi’s Love of Christ (LOC) ultra-modern worship centre in Lagos on Sunday.

He told the congregation “…God asked me to go”.

Others, including religious leaders and traditional leaders, were also in attendance.

Adeboye, who gave the sermon, charged the congregation to beckon on God for solutions in the midst of difficulties.

Speaking on why he attended the commissioning he said: “Somebody asked me yesterday (Saturday) we found out in the media that you are going to preach at such and such a place, and I said yes.

“And when God asked me to go like that, it could be because there is just one fellow who is being given the last chance. You might be the one, I beg you, surrender your life to Jesus Christ.”