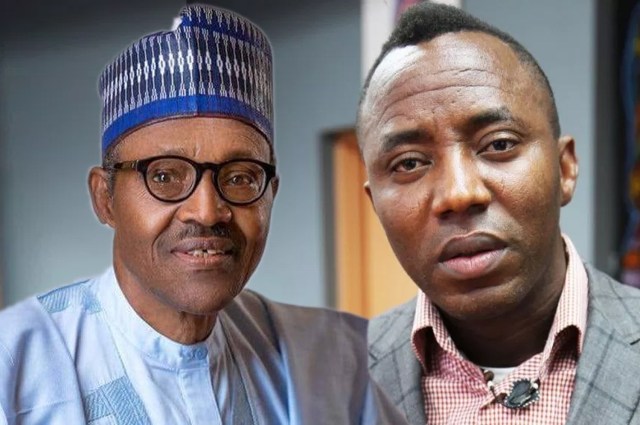 The Presidency has said that detained activist, Omoyele Sowore, is a person of interest to a security organ like the Department of State Services, which does not need the permission of President Muhammadu Buhari to do its work whenever it needs to act.

It noted that Sowore’s antecedents and actions ordinarily make him a person of interest to the DSS.

It said so far the agency had acted within its constitutional powers and did not need to seek Buhari’s approval to act on security matters.

The Presidency was reacting to media reports on Friday’s re-arrest of the convener of the #RevolutionNow protests.

It noted that no government would fold its alms and allow a country to be destabilised under it.

The Presidency also said Sowore was no ‘ordinary citizen’ expressing his rights as perceived by the public but a former presidential candidate and convener of revolution protests against a democratic government.

“The DSS does not necessarily need the permission of the Presidency in all cases to carry out its essential responsibilities that are laid down in the Nigerian Constitution – which was the foundation for the restoration of democracy in our country in 1999.

“However, it should not surprise anyone who has followed his actions and words that Sowore is a person of interest to the DSS”, the Presidency said in a statement by Presidential spokesperson, Mr Garba Shehu, on Sunday.