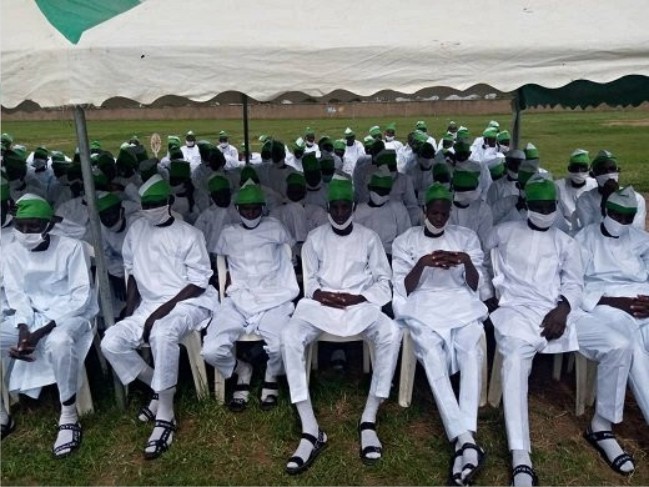 The United States’ Government has revealed that as part of a broader joint Nigeria/US strategy to counter violent extremism, it is assisting Nigeria in rehabilitating repentant terrorists.

Saturday PUNCH reports that the US Embassy to Nigeria disclosed this in response to an email on Friday.

The Embassy said the US is assisting Nigeria through the International Organisation for Migration.

The email read in part, “The US government assists the Government of Nigeria’s Disarmament, Demobilisation, Rehabilitation and Reintegration programme through the International Organisation for Migration – which supports Nigeria’s Operation Safe Corridor programme to carry out DDRR of repentant and eligible ex-combatants who were formerly affiliated with a terrorist organisation.”

It said the 601 repentant terrorists who recently graduated from Operation Safe Corridor in Gombe State had not yet been re-integrated into society.

The US said the repentant terrorists would be reintegrated in batches in the near future.

The email further read, “According to our understanding, 601 individuals who were formerly affiliated with a terrorist organisation recently graduated from Operation Safe Corridor last month following successful completion of the de-radicalisation and rehabilitation programme in Gombe Camp.

“We understand that these men have not been released to communities yet and are still awaiting transfer to a rehabilitation centre in Maiduguri. They are to be transferred in batches in the very near future.

“The United States has supported Nigeria’s efforts toward effective disarmament, demobilisation, and reintegration of former affiliates as an important element of the broader joint Nigerian and US strategy to counter violent extremism.”

A large section of Nigerians had condemned the plan of the Federal Government to reintegrate repentant terrorists into society while millions of victims of terrorism remain displaced.

The Borno State Commissioner for Information, Babakura Jatau, had said in July that only about 10 per cent of the repentant terrorists were actually fighters while the rest were either children or accomplices.