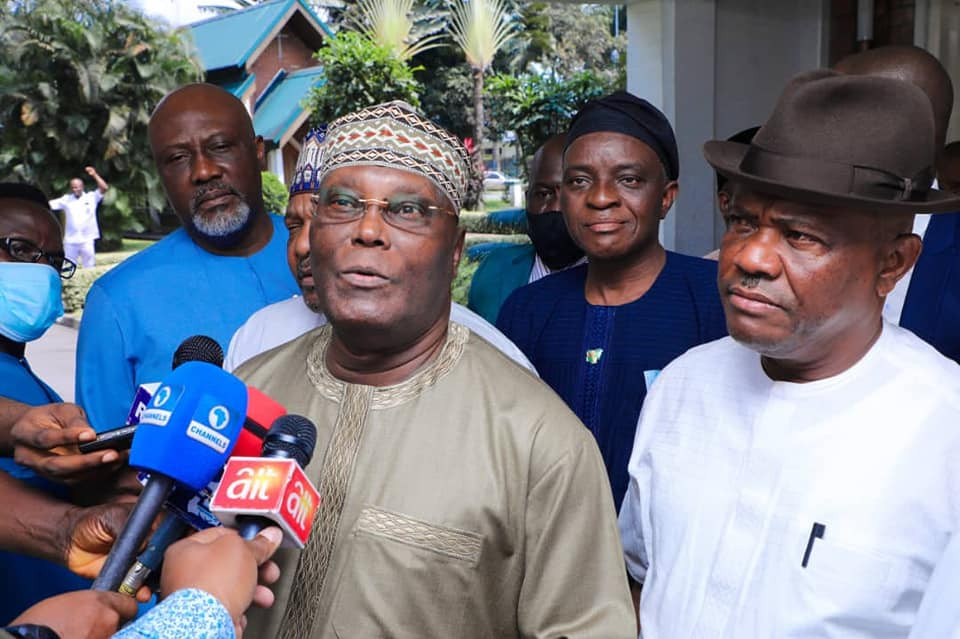 Governor of Rivers State, Nyesom Wike has said that former President Goodluck Jonathan was discouraged former Vice-President Atiku Abubakar, after he reached out to him to support his re-election bid in 2015.

Wike who made the claim when Governor Dave Umahi of Ebonyi State commissioned the Akpabu-Itu-Umudiogha road in the Emohua Local Government Area of Rivers on Tuesday, November 22, said Jonathan travelled to Dorchester Hotel in London in 2015 to meet Atiku but the former VP “embarrassed” Jonathan and told him to relinquish his ticket.

“You know the condition he (Atiku) gave Jonathan? He should relinquish his ticket not to run as the President of Nigeria. That was the presidential candidate of a ruling party. He gave him a condition, telling him to relinquish that ticket.