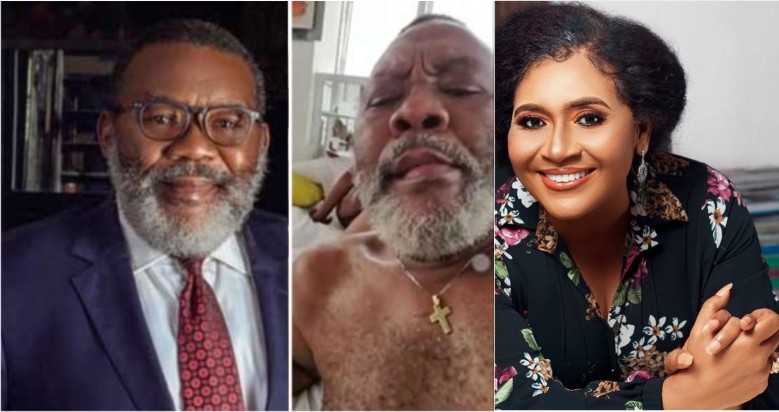 Veteran Nollywood actress, Hilda Dolubo has spoken in defence of 20-year-old Peter Nwoke who was recently arrested and imprisoned for leaking a video of Willie Amadi, a lawyer and Federal Commissioner of Imo State Office of Public Complaints Commission.

Surprisingly, Peter Nwoke who was arrested for leaking the video, got convicted for “confessing that he superimposed Amadi’s picture on a background with a sex scene,” a conviction that many have seen to be a cover up and a strategy for the image cleansing of Amadi.

Hilda who is also a filmmaker, in a video posted on January 25, countered the judgment and insisted that the young man could not have committed such crime because there is no technology at the moment that one can use to superimpose a photo on a video or motion picture.

The actress who noted that she has been in the industry since 1992 and has moved from being an actress to being a director, wondered how much might have been given to the 20-year-old man as ”compensation” or the torture that he might have faced for him to” jeopardize his future.” and admit to have done something that is not possible.

Hilda posted a new video, demanding a further investigation into the case as she suspects the accused might have been forced to own up to a crime didn’t commit and couldn’t have committed. She also called on Imo People to speak up for the Peter who is in jail simply because he is poor and can’t defend himself. She also revealed that the magistrate who convicted Peter is a cousin to Willie Amadi.

Posting the video, the actress said:

”Whoisfoolingwho Pt3
this @willie.amadi tori ehn na wa
too many twists and turns in one case.
Seriously this story will make a fine farce and as my mother will say wherever there is one lie you will most definitely find more lies!
Wahala
Surely there are still good men in Imo state who can appeal this case. A 20year old should not be the fall man. @willie.amadi should be made to take his own fall himself
Evil prevails when good men fail to act
Surely the governor @he_hopeuzodimma and the acting CJ @ijeomaagugua can do something about this poor boy’s pathetic case”